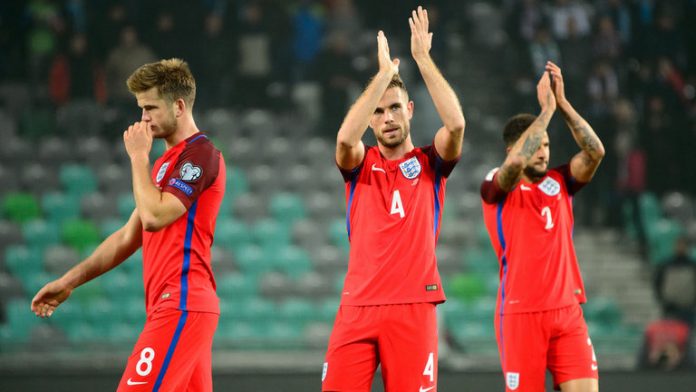 England produced two disappointing performances in their World Cup qualifiers against Malta and Slovakia, and Steven was particularly unimpressed by Henderson and Dier’s contributions.

“In the first-half (against Solvakia) they were nothing short of inept – mediocre, sluggish and off the pace, with a casual approach in stark contrast to their opponents, who started on the front foot,” he told City AM.

“Southgate himself got his selection completely wrong by sending Marcus Rashford out on the right flank when the Manchester United youngster is far more comfortable coming infield off the left.

“As soon as he and Alex Oxlade-Chamberlain switched sides England improved markedly.

“In fairness to Southgate, he saw identified the problem and fixed it, although even then it took a moment of quick thinking from Rashford and Dier at a set-piece to get the hosts out of jail and level the scores at Wembley.

“There were other concerning signs. Kyle Walker looked to be absorbed in his own game at right-back and it showed in Slovakia’s early goal, when he should have been more aware of the danger of Rashford being tackled instead of racing off on the overlap.

“Jordan Henderson aside, there didn’t seem to be much communication among the players.

“England didn’t switch play, use the flanks or move the ball fast enough and their discomfort against teams who sit back was exposed once again.

“Dier and Henderson don’t offer top level technical quality, which means the team is missing a playmaker. For a while it looked like Ross Barkley might be able to take on that role, but his career has not progressed as he would have hoped.

“When Adam Lallana returns from injury he can take on that responsibility. In the meantime, perhaps we’ll see Nathaniel Chalobah get a chance.”