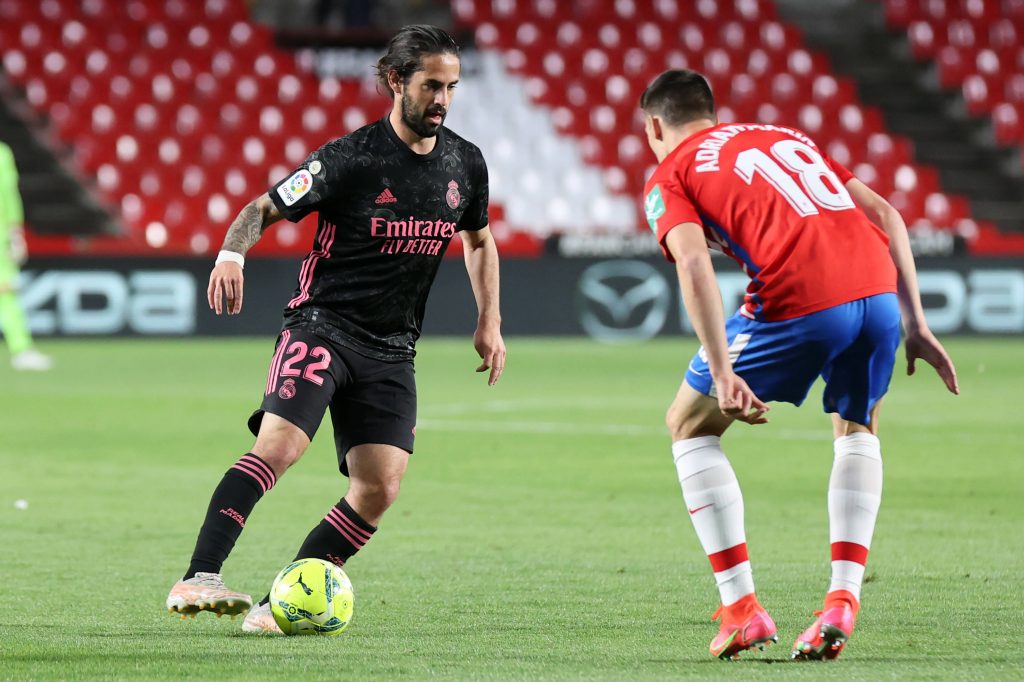 Tottenham Hotspur and Arsenal are keeping tabs on the situation of the Real Madrid midfielder Isco Alarcon.

The 29-year-old playmaker has fallen down the pecking order at the Spanish club and needs to leave to play regularly.

According to Daily Mirror, Isco is set to hold crunch talks with newly appointed manager Carlo Ancelotti regarding his future and is open to moving abroad this summer.

AC Milan are also keen on the player and are waiting to see how his meeting with Ancelotti unfolds.

Isco has just 12 months left on his current deal, and Madrid will probably feel that they should cash in on him instead of losing him on a free transfer next year.

Tottenham and Arsenal desperately need a quality playmaker, and the 38-cap Spanish international could prove to be a smart addition.

Spurs have lacked a genuine creative midfielder since Christian Eriksen’s departure, and Isco seems like an ideal fit.

As far as Arsenal are concerned, the Gunners benefited from the loan signing of Martin Odegaard during the second half of last season, and Isco could play a similar role.

Given his contract situation at Madrid, it would be fair to assume that Isco will be available for a reasonable price this summer.

On that basis, the two Premier League clubs should go all out to snap him up in the coming weeks.