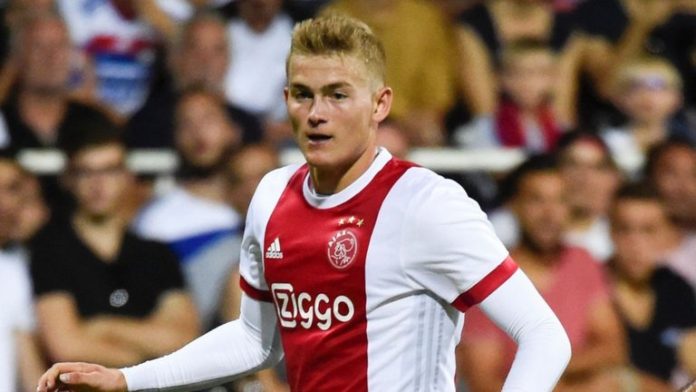 With Toby Alderweirild looking likely to leave the club at the end of the season, Spurs are in the market for another centre-half and football.london has claimed they are interested in de Ligt.

The 18-year-old Netherlands international centre-back has previously been linked with Arsenal, Manchester United and Manchester City, but Spurs are believed to be ready to pay £50 million to secure the 18-year-old’s services.

De Ligt made his professional debut for Jong Ajax in August 2016 and went on to play for the club’s first team the following month.

De Ligt has made 28 appearances in the Eredivisie this season, scoring three goals.

The defender played in Netherlands’ friendly defeat against England last month and then set up two goals as the Dutch overcame Portugal 3-0 days later.

Spurs currently have four former Ajax stars in their squad in Alderweireld, Jan Vertonghen, Christian Eriksen and Davinson Sanchez and their positive relationship with the Dutch club could stand them in good stead when it comes to negotiating for de Ligt.