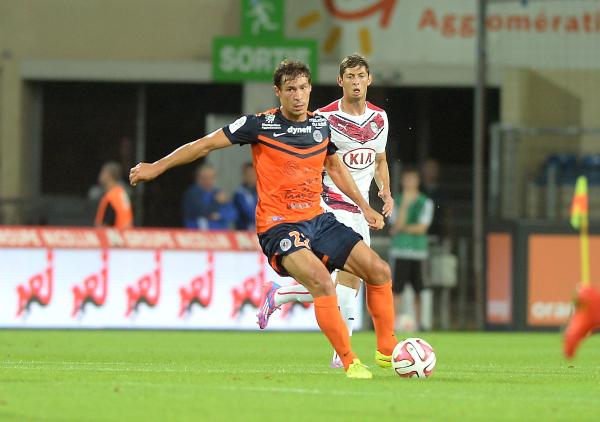 Tottenham Hotspur have agreed a deal to sign French defensive midfielder Benjamin Stambouli. The 24-year-old midfielder plays for French club Montpellier, who confirmed the news via their official twitter handle. 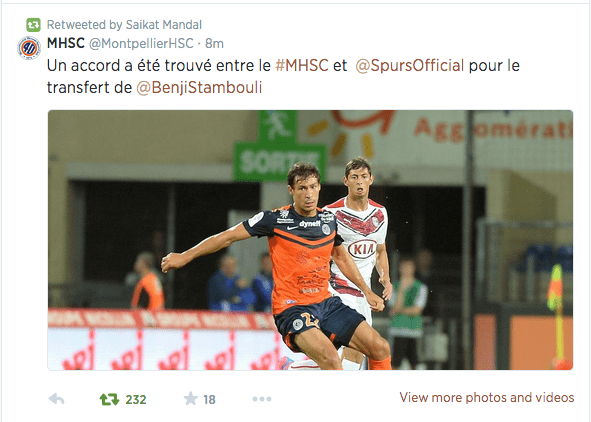 Stambouli was thought to be a reported target of Serie A outfit Fiorentina. The Viola had been targeting him for weeks and even lodged an official offer for him, however, Spurs joined late in the race and hijacked the deal.

Whatever little I have seen of this player, he looks a solid defensive midfielder, similar to that of Morgan Schneiderlin, who was also a reported target of Spurs this season. He has quick feet, loves to tackle, can pick passes and Premier League would his playing style perfectly.

However, one can’t help but think why Spurs have signed another defensive midfielder as they already have Sandro and Dembele on their ranks. Plus there is Paulinho who mainly operates as a midfield pivot.

Benjamin graduated from Montpellier’s youth academy and started his senior career in 2010, and till date he has made over 110 league appearances scoring three goals.