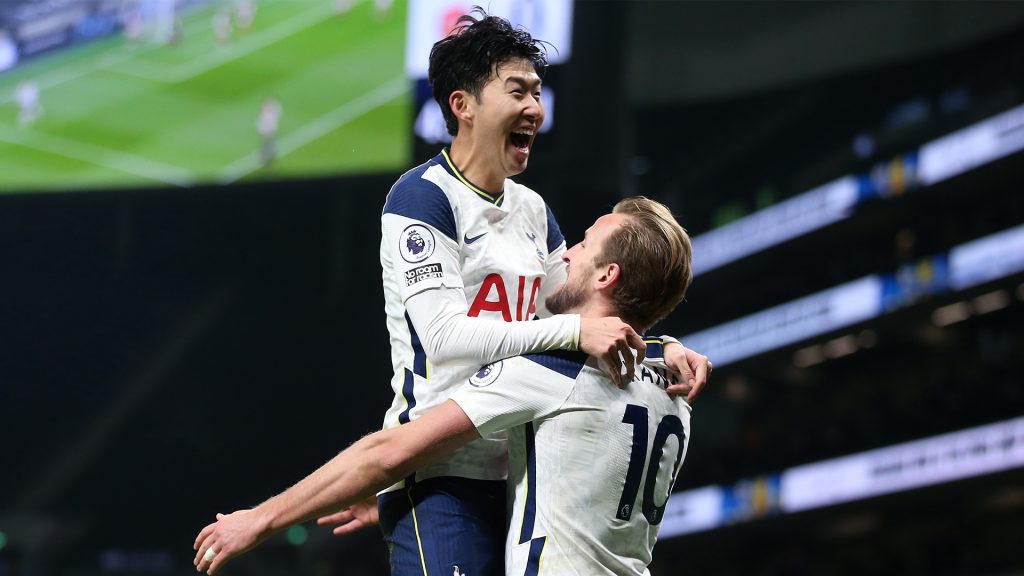 It’s been an exciting season in Europe’s top five leagues so far.

Paris Saint-Germain and Juventus are not sat on their usual thrones, Liverpool’s title defence is going down with a whimper, and Atletico Madrid look set for their first league triumph since 2014. And in the Bundesliga…well, Bayern Munich are seven points clear at the top…as always.

There’s still a long way to go, and a lot left to be decided, but it’s always fun to have a look at who our individual award winners could be. Here are the most productive players from Europe’s top five leagues.

An honourable mention goes to Monaco forward Kevin Volland, who misses out on the top ten solely because V comes after S in the alphabet.

After a vastly underwhelming spell at AC Milan, and a rather average stint at Sevilla, Andre Silva has managed to turn his fortunes around in fine fashion at Eintracht Frankfurt.

It’s goalscoring where the Portuguese forward specialises, hitting the net 17 times in 19 outings in the Bundesliga. He has hit five braces this season, helping his side up to fourth place.

Heung-min Son began the season with a bang, netting four goals in his second appearance away at Southampton. And he hasn’t looked back since, bagging 13 in total.

What has really stood out from Son this season is his partnership with Harry Kane (but more on him later). The pair have combined for 13 goals this season, equalling an all-time Premier League record with 16 games to spare.

Liverpool have not been up to their usual standards in recent weeks, especially in the goalscoring department. Nonetheless, Mohamed Salah has still put up exceptional numbers.

The Egyptian is on course for his third Premier League Golden Boot in four seasons, currently sitting three goals clear of the next top scorers with 16.

For a player who has been labelled as ‘finished’ every season since leaving Real Madrid, Cristiano Ronaldo hasn’t done too badly in Italy. In fact, he is the only player from Serie A who makes the top ten, and is almost single-handedly dragging Juventus up the Serie A league table.

Despite Juventus’ drop off from their usual dominance, the five-time Ballon d’Or winner has still been exceptional, bagging 16 goals. The next top scorers in Serie A are Romelu Lukaku, Zlatan Ibrahimovic, and Ciro Immobile, with 14 each.

As it stands, Lyon are second in the Ligue 1 table, one point above behemoths Paris Saint-Germain. And they owe a big thanks to Memphis Depay for this.

The Dutchman, who was strongly linked with a move to Barcelona last summer, has proven his worth this season with some brilliant returns. He began the season with a hat-trick against Dijon and has hit another ten goals since.

Perfectly balanced, as all things should be.

Bayern Munich look on course to win a ninth successive Bundesliga title, and Muller has once again been a huge part of it. Only teammate Joshua Kimmich can match his ten assists, while he is also seventh in the Golden Boot race.

While PSG aren’t looking like the domestic treble-winning force they were last year, Kylian Mbappe is still playing as well as ever.

The 22-year-old leads the Ligue 1 goalscoring charts with 16, while providing a further six assists. If he can keep this form up, then Les Parisiens should be able to reclaim the top spot.

Where would Man Utd be without Bruno Fernandes? Not in second place, that’s for sure.

The midfielder has found the net 13 times this campaign – a figure beaten only by Mohamed Salah. And no, they weren’t all penalties.

Furthermore, only Harry Kane, Jack Grealish, and Kevin De Bruyne can outdo his tally of nine assists in the Premier League.

Silva, Ronaldo, and now Fernandes – Portugal are looking full of firepower going into the Euros.

Harry Kane has been one of the world’s most lethal goalscorers of the last few years, so it’s no surprise that he has continued to bang them in this season.

However, it’s his playmaking that has shocked pundits and fans alike this campaign. No player in Europe’s top five leagues can match the England captain’s 11 assists this term. This is three more than he has accumulated in his last three Premier League seasons combined.

If he keeps this form up, he will surely be the favourite for the PFA Player of the Year award.

Is there any doubt over who the best player in the world is right now?

After being cruelly robbed of the Ballon d’Or last year, Robert Lewandowski has put himself in POLE position (get it, because he’s Polish!!!!) for the 2021 Ballon D’Or, dominating the goal and assists charts.

Astonishingly, if you took away his assists, the 32-year-old would still be top of this list. Well… technically second on alphabetical order. But hey, impressive nonetheless.