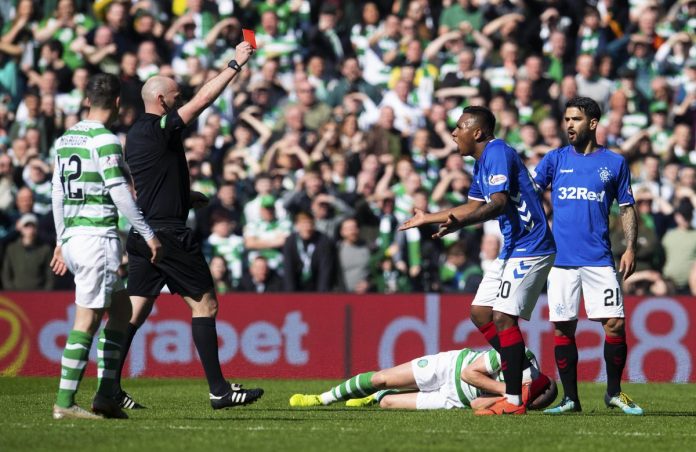 Celtic secured a 2-0 win over CFR Cluj in their Europa League clash last night, while their Scottish rivals Rangers suffered a 2-1 loss at the hands of Young Boys.

Both Old Firm strikers Alfredo Morelos and Odsonne Edouard got on the score sheet, and are continuing to prove themselves as two of the best in their position in the land.

Rangers fans believe their striker is better than the Celtic star and vice-versa, but former Hoops forward Tony Watt reckons both can’t be compared given their different styles, and he has urged both sets of fans to appreciate the duo while they are still in the Scottish Premiership.

Appreciate Edouard and Morelos while they’re here. Could shine in most teams. Two totally different number 9s. Can’t be compared 👏🏻

Morelos scored 18 league goals last term to pip Edouard – who scored 15 – to the golden boot, while he netted 12 more across all other competitions.

While the Rangers star outscored his Celtic counterpart – who scored eight other goals – last term, both have proven to be reliable goalscorers, and are expected to have a huge say on their sides’ title campaigns.

Edouard and Morelos have both scored five league goals this term, and the Hoops striker has scored four more across other competitions while the Colombian has netted six more times.