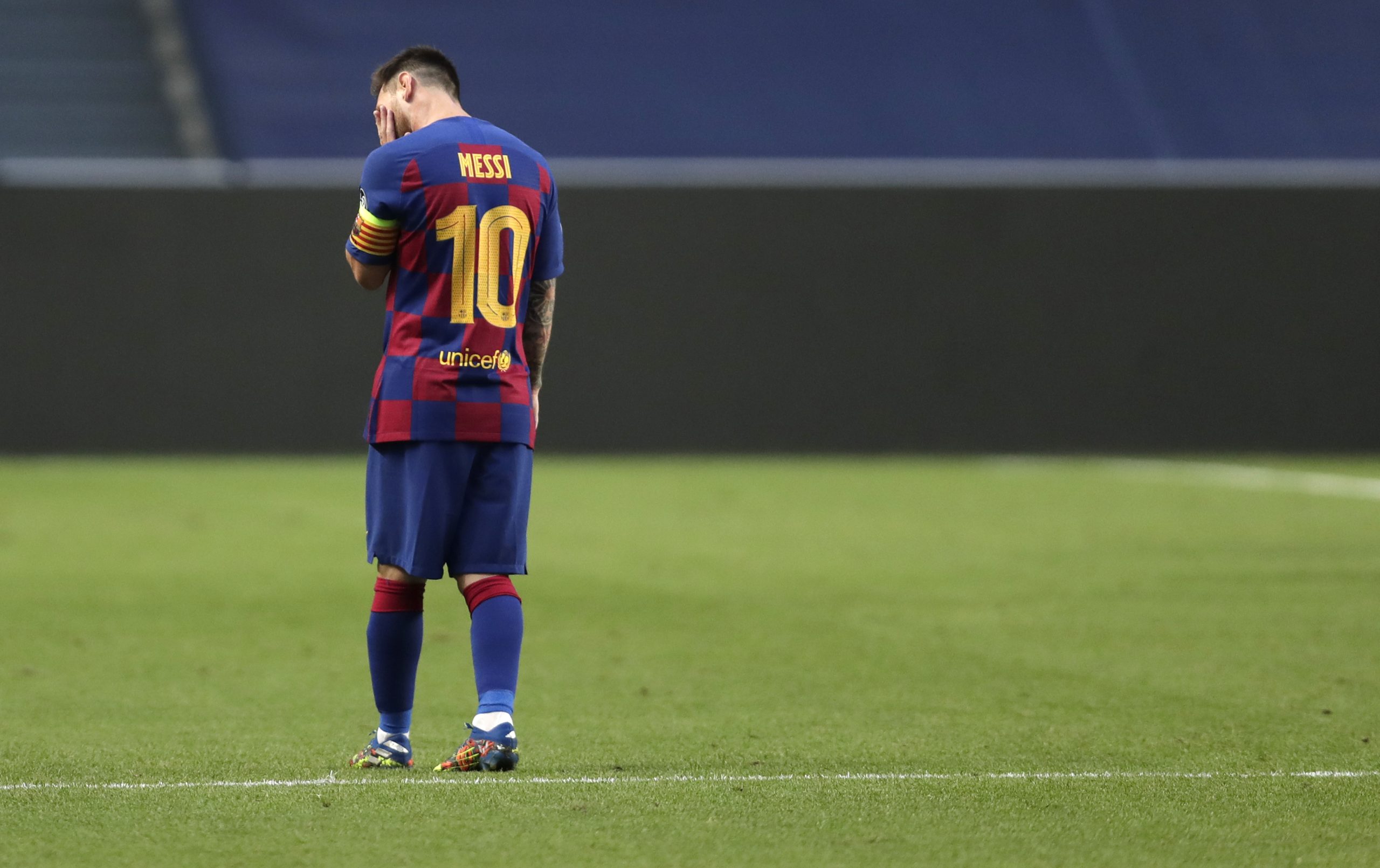 Join our Telegram channel to stay up to date on the latest in marketing
Earlier this week, Lionel Messi stunned football fans around the world as he made the decision to hand in a transfer request to Barcelona through burofax. The Argentine highlighted that he wanted to trigger the clause to leave the club for free after it was previously agreed that he could exercise the option within 10 days of the 2019/2020 Champions League final. However, the Blaugrana clearly mentioned that the clause is no longer available to him, considering the agreement was based on the original Champions League final date on May 30, and not the postponed one after the coronavirus shutdown. Hence, it is quite clear that they are reluctant to release him from his contract and that could come as a blow for potential suitors, given no one is expected to trigger the staggering £630m buy-out clause on his contract. The Catalan giants could yet convince Messi to stay put with the club or they could accept a reduced sum, reportedly around £200m for the sale of their greatest-ever player. Messi’s decision has come about after the Blaugrana’s embarrassing 8-2 defeat to Bayern Munich in the Champions League final quarter-final earlier this month, which meant that the club ended trophyless for the first time since 2008. Let’s have a look at three potential destinations for Lionel Messi, should he decide to end his 19-year association with the Blaugrana, where he has won everything within reach. Paris Saint-Germain: The French champions have hit the headlines for their spending over the past few years and they broke the world transfer record in the summer of 2017 with the purchase of Neymar from Barcelona for a staggering £199.8m. That was quickly followed by the recruitment of Kylian Mbappe from AS Monaco on loan with the obligation to buy for £130.5m in July 2018. Despite the purchase of the star-studded pair, Les Parisiens have yet to win the Champions League which remains the long-lasting desire of the club’s hierarchy. They came within the cusp of doing so earlier this month, but Bayern Munich were simply better than them as they won by a 1-0 score. A trio of Neymar, Mbappe and Messi upfront could potentially deliver the European title next term. Neymar and Messi hold a close rapport and their link-up play was hugely impressive during their time together at the Camp Nou where they won the elite competition together. One major stumbling block could be the Financial Fair Play. The FFP has been relaxed for the current summer due to the losses incurred because of COVID-19, but Les Parisiens are still walking a tight rope. They have reduced some of the wage bill with the departures of Edinson Cavani and Thiago Silva, but they may not necessarily spend that sum on Messi, even if he takes a pay-cut on his stunning £988,000-a-week salary. Inter Milan: Inter have been regularly linked with Messi over the past few years and earlier this summer, it was speculated that they could lure him from the Camp Nou when his contract expires in June 2021. In an interview with Sky Italia, Antonio Conte dismissed the gossip by stating that would only happen in fantasy football, but he acknowledged that any manager in the world would like to work with the six-time Ballon d’Or winner. With wealthy Chinese owners in the Suning Holdings Group, they definitely have the economic firepower to lure Messi to Milan. In addition to this, the favourable tax rules in Italy for foreign investors could further aid their prospects of landing his signature. Still, there are doubts how Messi would adjust to Conte’s 3-5-2 formation, having played in the traditional 4-2-3-1/4-3-3 setup over the years. Should Barcelona stick with the reported £200m price tag, the Nerazzurri have the chance of settling for a much lesser sum for the transfer, considering the Spanish club’s long-standing interest in Lautaro Martinez. Martinez has been identified as the top target to replace striker Luis Suarez, whose time at the Camp Nou appears up after the arrival of new head coach Ronald Koeman. Manchester City: A reunion of Messi with Pep Guardiola has been talked about over the years, but it has never come to fruition. The Mancunian giants recently had trouble with UEFA for their spending for which they were handed a two-year European ban. However, that was related to the transfer activity between 2012 and 2016 and the Cityzens managed to successfully win their appeal at the Court of Arbitration for Sport. Compared to the above-mentioned teams, the Cityzens are certainly better equipped to meet the financial requirements for Messi and they may not have to deal with any FFP concerns for the next few years at the least on the back of their strong domestic success and the prize money received through the various sources including the income generated from televised matches. Messi’s next move may not be money-driven, given the Blaugrana have had no troubles in boosting his salary over the years. Messi enjoyed the best phase of his career under Guardiola between 2008 and 2012, where he won two Champions League titles and a move to the Cityzens seems the perfect fit as he is familiar to the playing style. It has recently been reported that he could be offered a lucrative three-year contract by the Cityzens with the opportunity to play for sister club New York City FC in Major League Soccer for two seasons thereafter. That is certainly a tempting option for the Argentine. Stats from Transfermarkt.com
Tags
Barcelona La Liga Lionel Messi Transfer News & Rumours