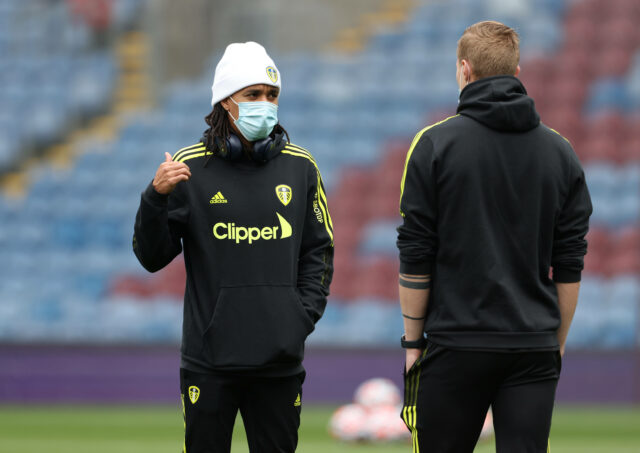 The Athletic’s Phil Hay has claimed that Robbie Gotts is likely to leave the club on a permanent deal.

Oldham Athletic, Barrow and Motherwell are interested in signing him.

Jordan Stevens is also set to leave the club. The 21-year-old midfielder is joining Barrow on loan.

Hay has also claimed that Helder Costa is another player who could leave on the deadline day, with Valencia keen to secure his signature.

The Portuguese winger is likely to fall down the pecking order at Elland Road with the imminent arrival of Daniel James from Manchester United.

one to watch. I mentioned a while back that Valencia like him.

Stevens is unlikely to force his way into Marcelo Bielsa’s first-team plans at the moment, and a loan move away is the best possible option for him.

He went out on loan last season to Swindon Town, where he made 13 League One appearances. He was recalled by the Whites in January.

Stevens was then sent to Bradford City, where he made 16 appearances for the club.

Gotts is set to clinch a permanent move away from Elland Road, and it seems his time at the club is over.

The 21-year-old is a talented player who can play almost anywhere in midfield, as well as at right-back.

Marcelo Bielsa has always spoken highly of him, but it seems a move away from Leeds is the best solution to further his development.