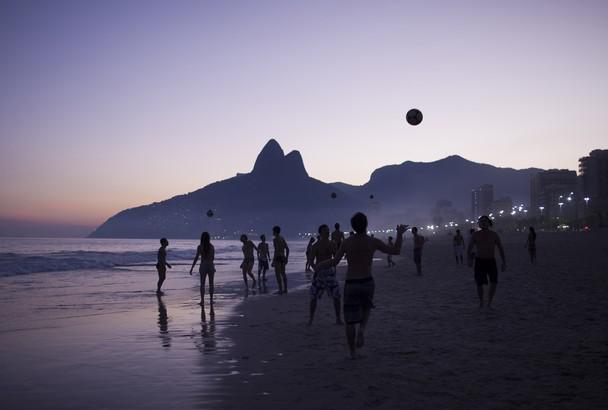 Sun, sea, sand. It sounds almost idyllic without the mention of football. But throw in a month of world-class action and Rio de Janeiro is pretty much the only place to be this summer.

The countdown to the World Cup is well underway, with less than 80 days until Brazil take on Croatia in the opening fixture. For England, it begins just two days later in Manaus, over 2,700 miles away from their base in Rio.

For most fans, who are likely to base themselves in the same city as Roy’s boys, this will cause a huge logistical problem, especially with the city’s second terminal unfinished, and remarkable revelations that hundreds of flights could be cancelled due to game-day airspace restrictions.

But that shouldn’t put any fans off staying in Rio. It’s expected to be at the centrepiece of the tournament with its incredible samba atmosphere offering an unforgettable experience amidst the pristine white beach of the Copacabana.

And for those lucky enough to make Hodgson’s squad, they’ll be at the very heart of it. For most, the allure of staying on the Copacabana will be incredibly high. Thousands of hotel rooms are already booked in an area that’s no stranger to hosting major events.

The likes of the Rolling Stones, the Brazilian Series of Poker (BSOP), and FIFA Beach Soccer World Cup taking place around the world famous beach.

Just an hour’s flight to both Sao Paulo and Belo Horizonte, Rio is the perfect stay for Three Lions fans, and no stay is complete without a trip to the second home of football, the Maracana.

The stadium doesn’t have an England fixture scheduled, so fans will be relying on the likes of Daniel Sturridge to fire them past Italy, Uruguay and Costa Rica into the Second Round. Whilst this year, that could in fact be a pipe dream, the chance to visit the 80,000-seater isn’t.

Tours offer you the chance to walk down the same tunnel as the great Pele have, alongside experiencing the history, culture, and irresistible samba of Brazilian football. And that will spill onto the streets long into the night.

Rio is expected to be more alive than ever before this summer. The streets will be awash with incredible beats and an unrivalled vibrancy that will set Brazil apart from any other World Cup in history.

And for England fans likely to be piling out of arenas after another heart-breaking knockout, walking out into a festival-type atmosphere, well it might just sweeten the blow.