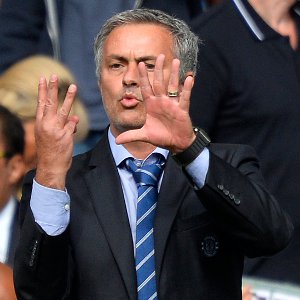 His side may have cantered to the Premier League title this season, but Jose Mourinho is experienced enough to know that Chelsea will need to improve even further to have a chance of retaining their crown next season. Past seasons have proved that winning the league may be difficult, but doing it in consecutive seasons is an even bigger challenge. Only United and Chelsea have done since the Premier League began in 1992.

The Blues have only lost 3 games in all competitions this season, and only twice in the league. Despite not being at their best since since the turn of the year, they are on a 16-match unbeaten run and have picked up 38 points from a possible 48 in this period.

Their biggest disappointment and probably the only negative from this campaign, is the unceremonious manner in which they were dumped out of the Champions League in the last 16 by Paris Saint-Germain. They were defeated on away goals, after conceding twice at home to a side down to ten men. Mourinho will want that addressed next season, and has already started working on additions to the squad, with names like Antoine Griezmann, Paul Pogba and Koke being mentioned.

Here, we take a look at three areas that Chelsea need to address next season:

Chelsea may have the meanest defence in the league statistically, but their goals conceded tally of 28 is by far their highest return while Mourinho has been in charge. The Portuguese likes his sides to be compact and miserly at the back, and even though John Terry and Cesar Azpilicueta have been fantastic, the right side has looked shaky. Branislav Ivanovic and Gary Cahill have been inconsistent all the way through, and a large portion of the goals Chelsea have conceded have come from their side. In the two league defeats against Newcastle United and Spurs, nearly every one of the 7 goals the Blues conceded came from the right. This will be something Mourinho will look at really carefully. In the 2004/05, 2005/06 and 2006/07 seasons in which he managed, Chelsea only conceded 15, 22 and 24 goals respectively. Goalkeeper Thibaut Courtois, who replaced Petr Cech in goal this season, has been very good, but he has made a few errors. Next season, that will need to be sorted out as well.

Solutions: Raphael Varane from Real Madrid has been mentioned, while the Blues already have a future star in Kurt Zouma in their squad. Also, with goalkeeper Petr Cech leaving, a good-quality replacement needs to be brought in.

With Cesc Fabregas coming in from Barcelona in the summer, Mourinho chose to deploy the Spaniard alongside Nemanja Matic in the pivot in front of the back four. Of course, this meant a lot more defensive work for the former Arsenal. He has managed well enough, managing 21 assists and 5 goals in all competitions. In the big games though, when up against a fast-paced opposition, he tends to go missing. His lack of physical presence has affected Chelsea in encounters against the bigger teams, and his impact when marked out of the game has been minimal. 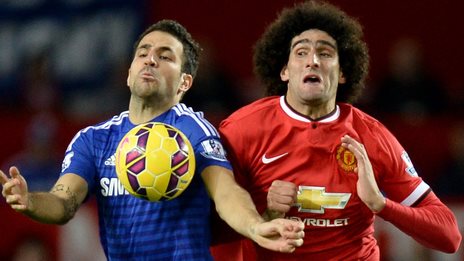 Solution: Fabregas could be pushed a bit further forward behind the striker, with someone bigger and stronger playing alongside Matic. Mourinho has a decision to make –  whether to bring in someone like Koke or Pogba, or choose to promote Ruben Loftus-Cheek as a regular first-teamer next season.

3) Creativity in the front three

Eden Hazard has been on a different level this season, contributing 19 goals and 10 assists in all competitions. The other two though, namely Oscar and Willian, will need to pull their socks up a bit. The Brazilian duo are real live-wires and do their defensive duties admirably well, but they need to start contributing to more goals for the side. Oscar, with all his potential, has a tendency to go missing for long periods, and has only managed 6 goals and 8 assists thus far. Willian, for all his pace, lacks quality in the final third. His tally of 4 goals and 4 assists doesn’t make for good reading, especially when you consider Andre Schurrle managed to net 5 times despite his minimal playing time before being sold. Juan Cuadrado, signed in January from Fiorentina, has made absolutely no impact.

Solutions: As mentioned earlier, the more-creative Fabregas could be played in one of these roles, with either Oscar or Willian dropping to the bench. With reference to Chelsea’s potential targets, Antoine Griezmann has proven his worth as a winger in the past, and playing behind Diego Costa could bring the best out of him. And of course, if they somehow manage to land Gareth Bale from Real Madrid, they’d become close to unstoppable.