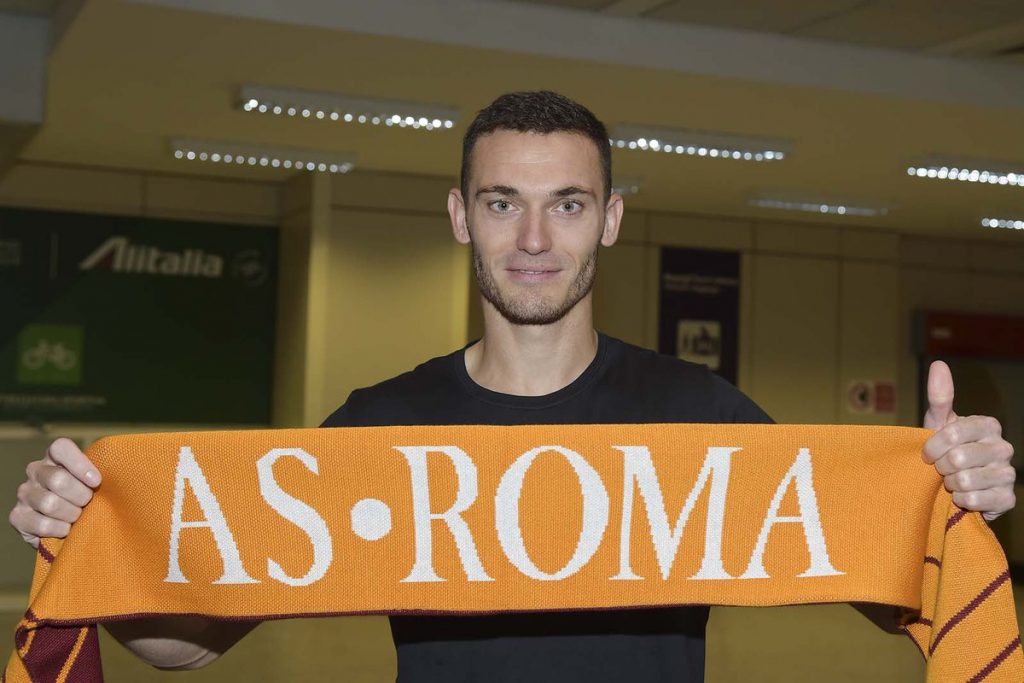 Thomas Vermaelen is all set to be confirmed as the new signing for Serie A club AS Roma after the Belgium defender completed his medical yesterday.

Barcelona confirmed on Sunday on Twitter that the player had been given permission to undergo a medical with the Giallorossi.

? With the Club’s permission, Thomas Vermaelen has travelled to Rome to undergo a medical with AS Roma #FCBLive pic.twitter.com/QGDPAHgMNV

According to reports from Italian newspaper Corriere Dello Sport, Vermaelen arrived at Italy’s Fiumicino airport on Sunday afternoon where was greeted with enthusiasm by fans and employees at the airport.

The former Arsenal skipper then headed to Villa Stuart to undergo his medical where he passed the tests without any difficulty. Roma have posted few pictures of him undergoing medical tests at the club.

He will soon meet his new teammates and start training on Monday. Roma have yet to officially announce the deal but will do so on Monday.

Vermaelen is likely to form a central defensive pairing with Kostas Manolas at his new club. Roma have agreed to a €10m deal, where €2m has been paid upfront while a compulsory €8m will be paid the next year.

The defender, who features for Belgium in Euro 2016, joined Barcelona from the Gunners in a £15m deal in 2014 but injuries have restricted him to just 11 appearances in La Liga.

He was linked with a return to Arsenal earlier this month with Arsene Wenger looking add a cover to his depleted defensive unit ahead of the 2016-17 Premier League season.

The Gunners face Liverpool in the opening Premier League match next week and Wenger is facing an injury crisis in defence with Laurent Koscielny, Per Mertesacker, and Gabriel Paulista all ruled out.