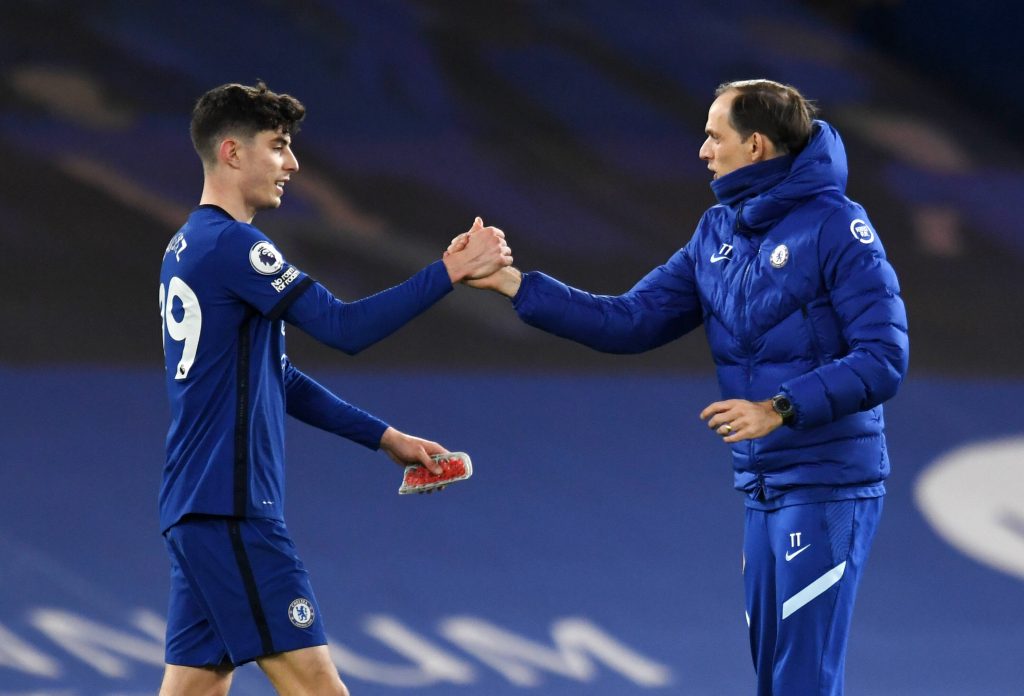 The Blues went into the game on an eight-match unbeaten league streak and extended the run with ease as the Toffees managed just one shot on goal.

The west London giants opened the scoring through a Ben Godfrey own goal in the 31st minute, and that was partly created by Havertz’s mistimed shot into the defender’s path.

The 21-year-old appeared to have doubled the club’s advantage in the 53rd minute, but the goal was cancelled out by VAR for hand ball.

However, that did not demotivate him, and he eventually helped his side double their lead by winning a penalty in the 64th minute.

Jorginho stepped up and converted the spot-kick, and that ensured that the Blues maintained the fourth spot on the table for another game week.

In league terms, Havertz had his best game since arriving at the club last summer, and Tuchel was delighted for him after the victory.

He told Chelseafc.com: “I was very pleased with Kai. We showed a lot of trust in him, and he used his opportunity tonight very well.”

“He fulfilled his role, was very fluid and put in an excellent performance. There is no doubt about his quality, his talent and also his character.

“He needs to adapt to the Premier League and a new club where you play to win every game and the highest standards are normal, but he did that excellently today.”

Havertz has struggled in his maiden season in England with only one goal and three assists from 20 league outings.

He has been out of the team recently due to injury and competition for places but finally got the chance to impress.

However, he can’t take his place for granted, given that Tuchel has not been afraid to make changes when any of the players underperform.

The Blues are presently two points ahead of fifth-placed West Ham United, but the Hammers have a game in hand.

Tuchel’s side will make the trip to Yorkshire to face Leeds United on Saturday.

In other news, Chelsea plan to open contract talks with this central defender.