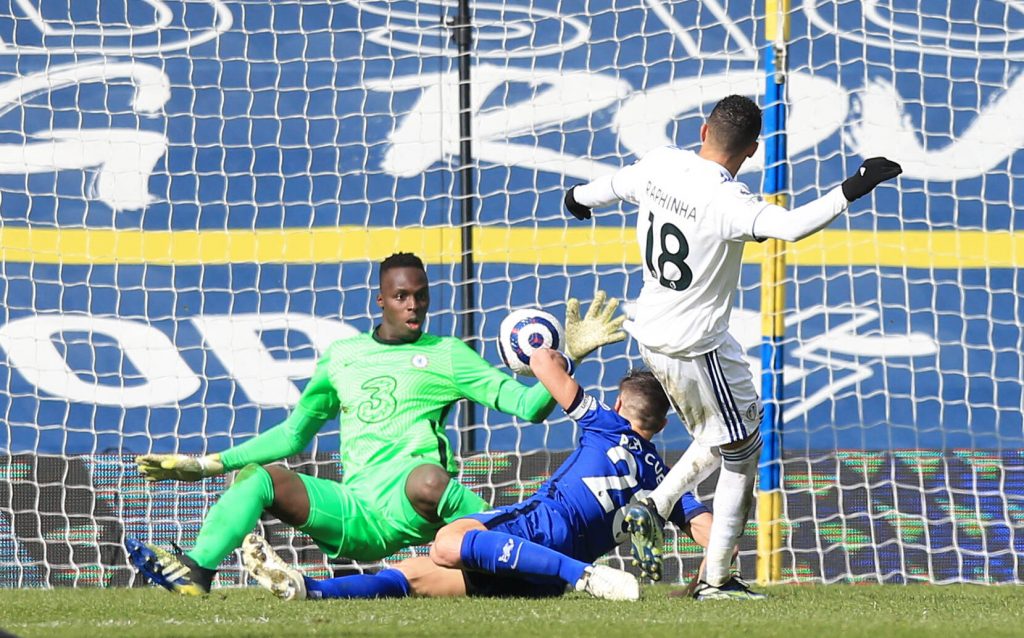 Chelsea manager Thomas Tuchel was hugely impressed with the performance of goalkeeper Edouard Mendy against Leeds United on Saturday.

The Senegal international kept his 14th clean sheet of the Premier League campaign, and he had to earn it after a couple of top-class saves.

The 29-year-old denied Tyler Roberts his maiden top-flight goal in the first half by finger-tipping the Welshman’s effort onto the crossbar.

Before the hour mark, he came up with a strong hand to claw away Raphinha’s shot on the turn, which initially wrong-footed him due to a deflection.

The game eventually ended 0-0, but the hosts should have found the back of the net as Rodrigo squandered a wonderful chance from just 10 yards out.

Speaking after the game, Tuchel described the team performance as ‘absolutely okay’, but admired Mendy’s showing, who made two important saves.

He told Chelseafc.com: “I was very happy with the clean sheet, and it was a combination of good goalkeeping and good defending.

“Mendy was there to save us on a couple of occasions with good saves. It was a good performance from Edou, and he gives us confidence.

“We are happy with the clean sheet, but the boys are disappointed in the dressing room that we didn’t win, which is a good sign to see from my players.”

The Blues have been solid at the back since Tuchel took charge as manager in January, keeping eight clean sheets in 10 league games under him.

However, they have been on the winning side on just six occasions, and there is room for improvement, particularly in the final third of the pitch.

The Blues host Atletico Madrid in the second leg of the Champions League last 16 on Wednesday. They have the away-goal advantage after a 1-0 win in Madrid.