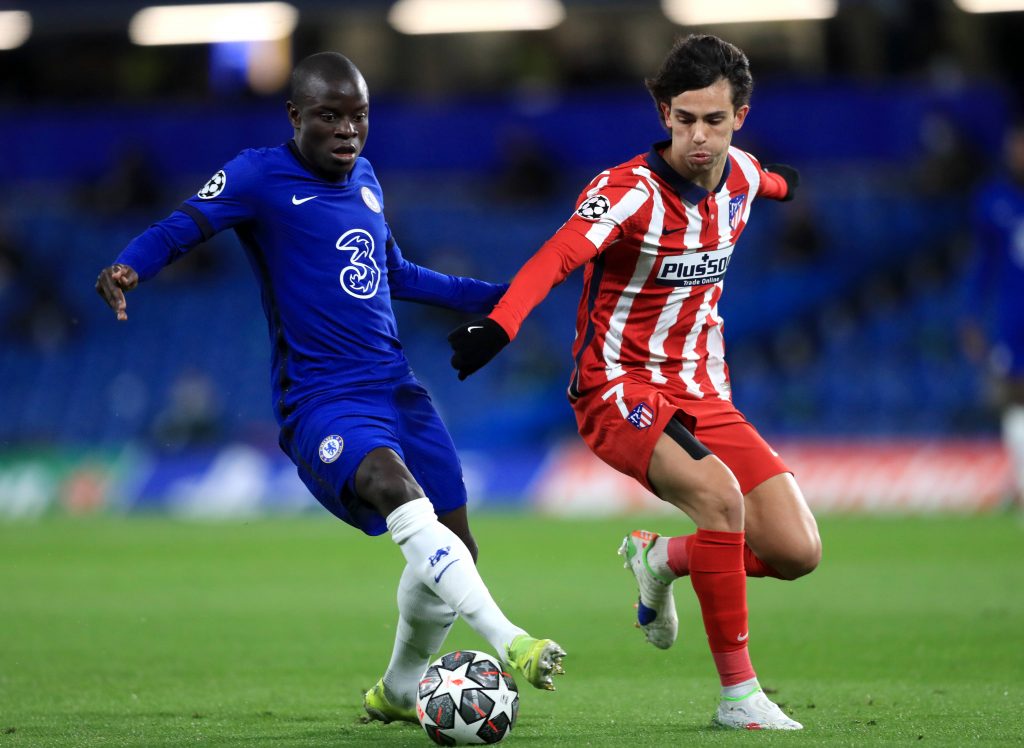 Chelsea manager Thomas Tuchel heaped praise on midfielder N’Golo Kante as the club progressed to the quarter-final stage of the Champions League on Wednesday.

The Blues had a 1-0 advantage from the first leg of the last 16 against Atletico Madrid, and they comfortably won the return fixture at Stamford Bridge by a 2-0 scoreline.

Hakim Ziyech opened the scoring on the counter-attack in the 34th minute, and they eventually scored the second in stoppage time.

Emerson Palmieri bagged the goal shortly after coming off the bench, scoring with his first touch after an assist from Christian Pulisic.

Kante and Mateo Kovacic controlled the proceedings in the centre of the park, where they came up against Koke and Saul Niguez.

Following the game, Tuchel was particularly impressed with the showing of Kante and reiterated the Frenchman’s importance to the team.

He told Chelseafc.com: “If you play with NG, you always play with minimum half a man more because he gives an intensity volume that is simply outstanding, and this is unique.”

“It’s a pleasure to be coach for him, and it’s a big gift for me. A guy so humble, and don’t underestimate his quality in passing, dribbling and escaping the pressure. There are still things to improve with him, but it’s fantastic to have him.”

Kante had a difficult 2019/20 campaign where he was in-and-out of the team due to different injuries, but he has stayed unscathed for most of this season.

The 29-year-old was sidelined for a couple of games with a hamstring injury in January, but he has returned to the starting mix without any concerns.

Tuchel has still been cautious with him and has occasionally started the midfielder on the bench to avoid the prospect of another setback.

The Blues have an FA Cup quarter-final tie against Sheffield United this weekend, and it won’t come as a surprise if Kante is given a breather.

Jorginho, who was suspended for yesterday’s European clash, is likely to return to the starting line-up. He could be partnered by either Kovacic or Billy Gilmour.