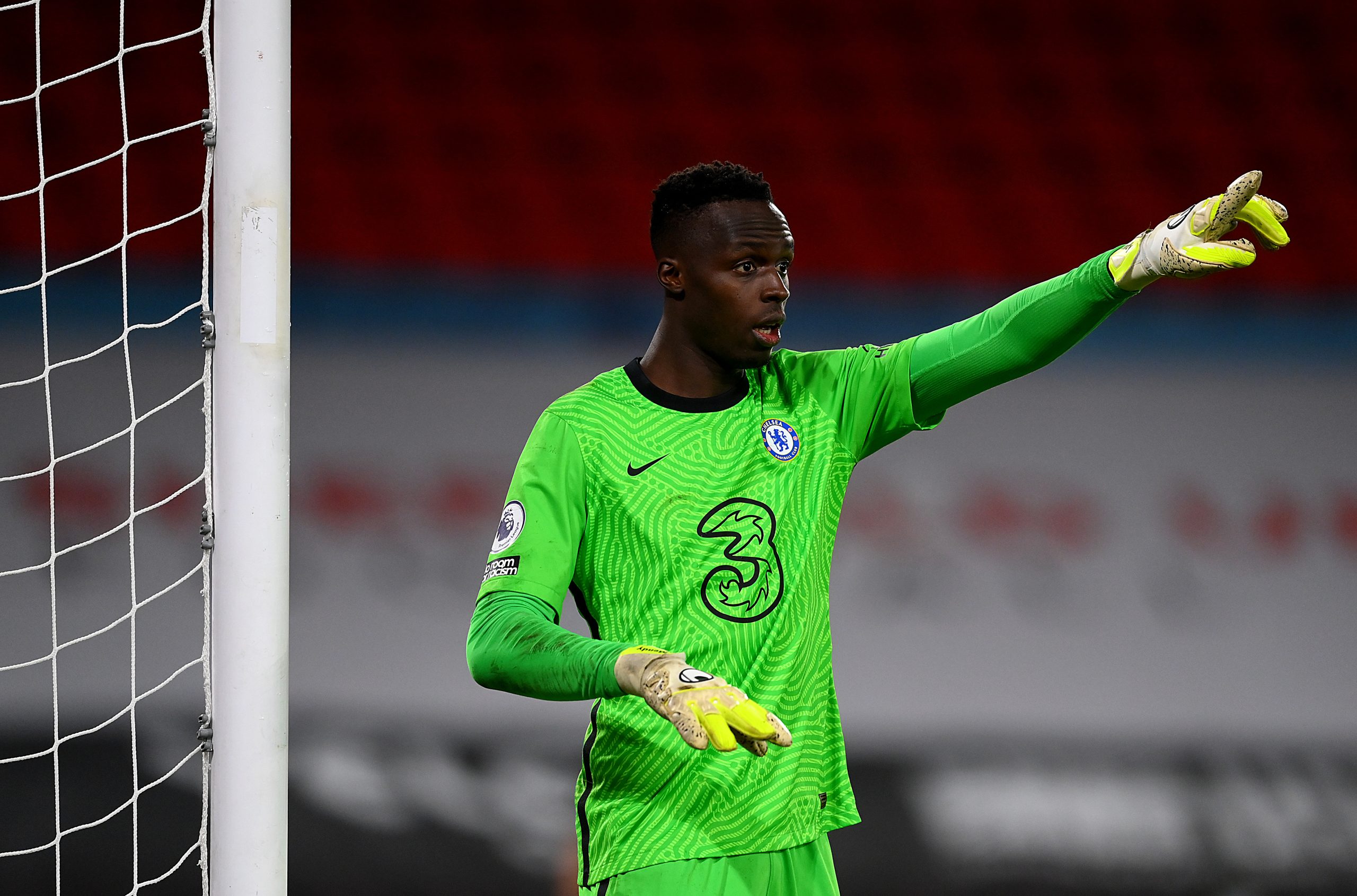 Chelsea manager Thomas Tuchel has confirmed that Edouard Mendy will return in goal when the club face West Ham United in the Premier League this evening.

The Blues recently played out a frustrating 0-0 draw against Brighton & Hove Albion, but the result was sufficient to jump into the fourth spot ahead of West Ham United on goal difference.

They are now scheduled to face the Hammers at the London Stadium, and a victory would provide them with a much-needed boost in the bid to finish in the Champions League places.

Ahead of the London derby, Tuchel confirmed that Mendy will return in goal after being an unused substitute in the previous two matches across all competitions.

Tuchel clarified that the Spaniard was only rewarded a league start for his performance against City, and Mendy will reclaim his role between the sticks.

He told Chelseafc.com: “Mendy is in goal. The change was made for Kepa for the FA Cup game, and even before then, the goalkeeper coach and me decided that Kepa would stay one more game after Man City to have it as a reward and feel a bit the rhythm of playing every three days.”

The Blues don’t have any fresh injury concerns to worry about, but Tuchel revealed that Mateo Kovacic continues to remain on the sidelines with a hamstring injury.

The Croatia international has also been ruled out for the first leg of the Champions League semi-final against Real Madrid but could face Fulham on the road next weekend.

Tuchel added: “Mateo Kovacic is still out, but everybody else is available. Madrid [first leg] will be very close because he has not trained with the team, so Fulham is more realistic.”

The Blues have lost two of the previous three derbies against the Hammers, but they comfortably beat them (3-0) in the reverse league meeting this term.

The Hammers have flourished with 11 goals scored in the last four games, but they have also been poor at the back with 10 goals conceded.

Tuchel’s side have not been at their clinical best in front of goal, but they should fancy their prospects of doing the double over the Hammers for the first time since 2014/15.