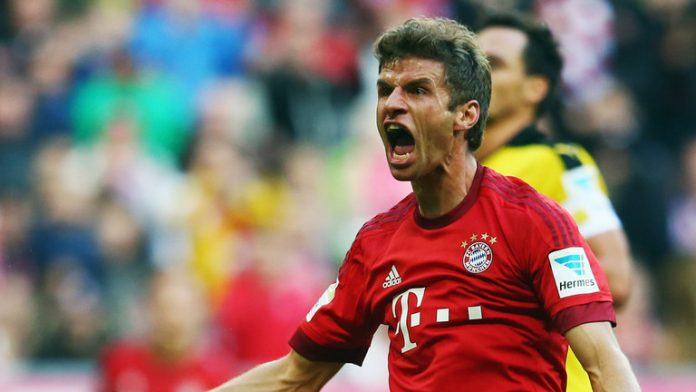 Thomas Muller and Bayern Munich stopped Barcelona’s desperate attempt to advance from the group stage, and Benfica goes through

Barcelona has seen much trouble across Europe recently, from humiliation in Rome to frequent bullying and eliminations from the UCL. The most historic humiliated was recently orchestrated by Thomas Muller and Bayern Munich in a 2020 duel that ended 8:2. Once again, Bayern Munich fulfilled the recent tradition of beating Barcelona.

While even the most uninformed football fans could have predicted this defeat, it is the consequence that has rippled across the football world. As a result, Barcelona will now play in the Europa League for the first time since 2000!

Coach Xavi’s men started on the front foot, hoping to upset the Bayern Munich team. However, a goal by Thomas Muller in the 34th minute opened the curtain on an event that was destined to happen. Thomas Muller was pleased with his goal.

Before the match, Muller had hinted at his desire to eliminate the Spanish side. Coach Nagelsmann had also promised that he would not field a weak squad against their consistent victims, and he even asked Benfica to be on cue.

Perhaps the struggling Spanish side may have thought they would come back from Thomas Muller’s goal. However, a stunning volley by Leroy Sane from outside the box in the 43rd minute quickly began to fizzle all hopes of a miracle away from the stadium.

This match was to be judgment day for the Blaugrana team, and they had to face it until the final whistle. Xavi’s men were outclassed in every manner. Bayern Munich had fun avenging Lewandowski’s Ballon d’Or “robbery” for sure.

A controversial third Bayern goal came in the second half as Musiala scored from a Davies assist in the 62nd minute of the game. Coutinho must have regretted being in Barcelona colours this time. He was on the winning side in 2020 when Bayern humiliated Barcelona in an 8:2 exhibition.

2021 Ballon d’Or winner Lionel Messi must be happy he did not have to partake in the humiliation tonight. He had been present in the 2020 humiliation, and he is aware of the dangers Bayern pose.
This was an exhibition, and the scoreline could have been much more embarrassing.

Barcelona will now proceed to the Europa League and hope their abysmal performances do not continue there. Otherwise, it could be more humiliating for Xavi’s men as there are quality teams in Europe’s second-tier competition as well.

Benfica comfortable saw off the challenge from Dynamo Kyiv to ensure qualification into the next round. This did not come as a surprise either as Dynamo Kyiv had only scored one goal in the UCL this season. The top football betting sites had also determined that Benfica was favourite to win this match.

This UCL season definitely qualifies as one of the worst for Barcelona as they only managed 2 goals throughout the competition. However, another thing those who did not know have learned today is that Thomas Muller is underrated. In tonight’s game, the top betting sites had him as a potential goal scorer, and he did not disappoint.