This is Ronaldo’s chance to shine for Portugal 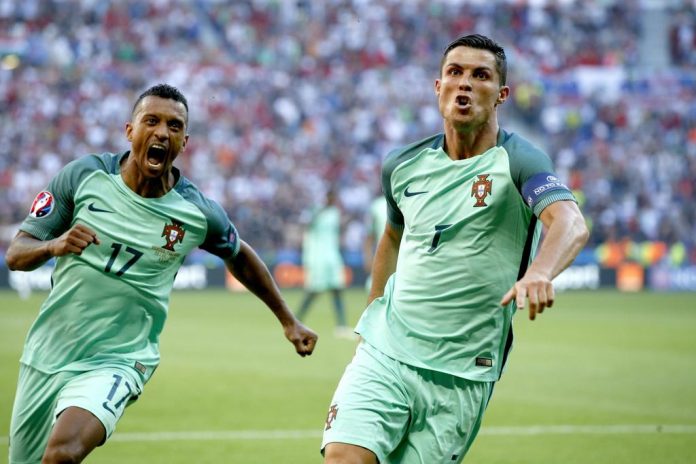 The UEFA European Championships are deep into the knockout stages as teams are battling for their place in the finals. Portugal are one of the four teams left in the tournament and will face Wales in the semifinals. It may not be a big surprise to some that Portugal have made it this far in the tournament, but what does come as a shock is that Cristiano Ronaldo is really not the reason for their success.

Arguably the best player in the world, Ronaldo came into the European Championships needing to prove himself on the international level. He has never won a trophy with Portugal and this may be the last best chance to do so. After 5 games, Ronaldo has 2 goals and 2 assists. At a glance those seem like decent statistics, but both of his goals and one of his assists came in the same game against Hungary. That was his only truly defining moment in this tournament thus far. According to ESPN, Ronaldo has taken a staggering 38 shots. You would expect a player of Ronaldo’s caliber to put more than 2 of those 38 shots into the back of the net.

Cristiano Ronaldo will go head to head against his Real Madrid teammate, Gareth Bale, in their semifinal clash. This is Ronaldo’s chance to shine for his country for once. He has had so much success at the club and individual levels winning countless trophies, but he has not done the same for Portugal. If Portugal can win the tournament, Ronaldo will have just about completed everything you can as a professional footballer, having success at the individual, club and international levels.

A lot is on the line when Portugal face Wales on Wednesday, July 6. This could be Cristiano Ronaldo’s last, best chance to win a trophy with his nation. This could be the time where Ronaldo gains the upper hand over rival Lionel Messi as the world’s best player. Most importantly, this is an opportunity for Portugal to win their first trophy in their nation’s history.