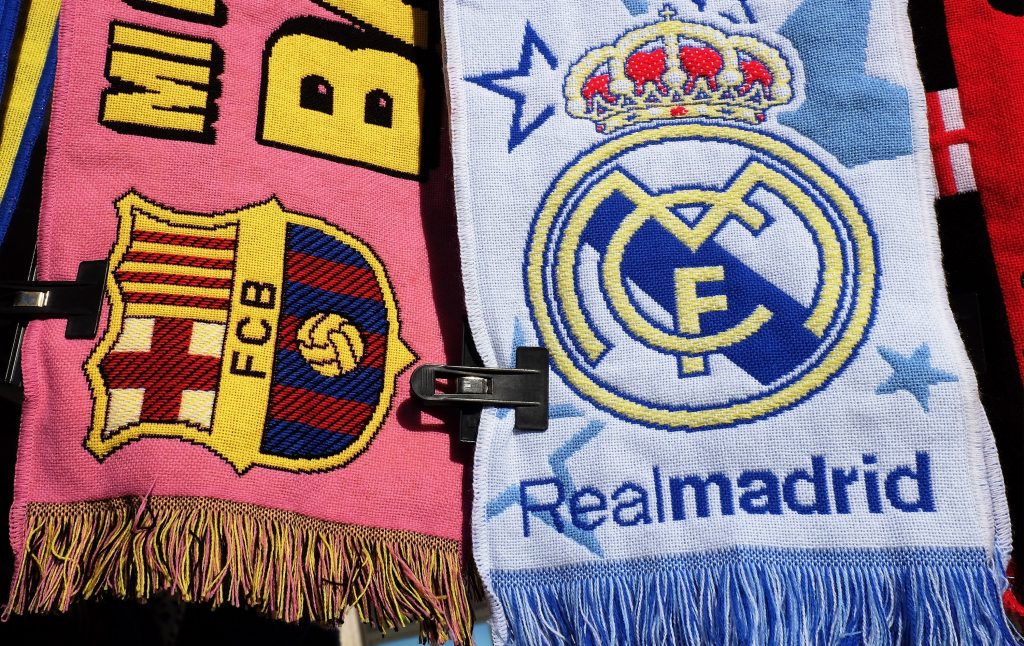 Both Real Madrid and Barcelona ended the previous campaign on a sour note as they were eliminated in the knockout phase of the Champions League.

However, the Blaugrana would have been most disappointed with their end to the season, given they were beaten by Los Blancos to the La Liga title while suffering a humiliating 8-2 loss to Bayern Munich in the last eight of the Champions League.

The Catalan giants have since acted with the change of manager with Ronald Koeman taking control from Quique Setien and there has since been an exodus of players from the Camp Nou.

A number of experienced players failed to show up in the embarrassing loss to Bayern last month and it is unsurprising that a few of them have already been shown the exit door in recent weeks.

Both Ivan Rakitic and Arturo Vidal had their contracts expiring in the summer of 2021 and they have ended their association with the Blaugrana to join Sevilla and Inter Milan respectively.

Meanwhile, Nelson Semedo has been sold to Wolverhampton Wanderers, as per Fabrizio Romano. The Portugal right-back shared his duties alongside Sergi Roberto during his two seasons at the Blaugrana and his departure could pave the way for a new player to compete for the role.

Luis Suarez could also head for a summer exit. The Uruguayan has been a wonderful servant for the Blaugrana over the past six years with 198 goals and 108 assists from 283 outings, but he is not in the plans of Koeman.

Suarez has been tipped to make the switch to Atletico Madrid. The Blaugrana had recently refused to release him from the final year of his deal to join their league rivals, but they have eventually agreed to sanction his exit with objective-related bonuses.

Koeman’s side have already made a couple of big-money additions to the squad this summer with Trincao and Miralem Pjanic arriving from Benfica and Juventus respectively. Pjanic’s signing saw Arthur make the surprise move in the opposite direction as the Blaugrana needed to balance their books.

There are just two weeks remaining before the transfer window closes and as things stand, the Blaugrana have not made any major signings since Koeman took charge. Ajax’s Sergino Dest has been identified as the potential replacement for Semedo.

Elsewhere, Liverpool midfielder Georginio Wijnaldum and Lyon attacker Memphis Depay are also on their radar, but they may need to slash their wage bill further before signing anyone.

The Blaugrana are currently spending more than £500m on wages and La Liga’s governing body has apparently placed a temporary ban on them signing players until they can recoup more funds from player sales.

Real Madrid, on the other hand, ended last season with a round of 16 exit to Manchester City in the Champions League, but their campaign was still successful as they won the league title after a three-year wait.

Despite their success, there have been a few high-profile exits in the form of Gareth Bale and James Rodriguez, but that has been primarily due to the fact that they were out-of-favour under manager Zinedine Zidane.

The duo barely featured under the Frenchman following the coronavirus shutdown and they were left out of the matchday squad altogether during the final weeks of the campaign. Rodriguez has made the switch to Everton reportedly on a free transfer while Bale has rejoined former club Tottenham Hotspur on a year-long loan.

Elsewhere, Achraf Hakimi and Sergio Reguilon are among the other quality young players, who have parted ways to join Inter Milan and Spurs respectively. The full-backs impressed during their loan stints at Borussia Dortmund and Sevilla last term and Los Blancos were more than happy to sanction their sales for the right price.

They have, however, included the option to buy back Reguilon from Spurs in either the summer of 2021 or 2022. Despite the exits, Los Blancos are not planning to spend on any new players after their transfer plans were disrupted by the financial impact of the coronavirus pandemic.

Los Blancos have postponed their transfer activity until next summer, where they are likely to pursue a new centre-back, midfielder and a star forward. Dayot Upamecano, Eduardo Camavinga and Kylian Mbappe are said to be their prime transfer targets, according to AS.