India
Home News the standard of this seasons premiership is low 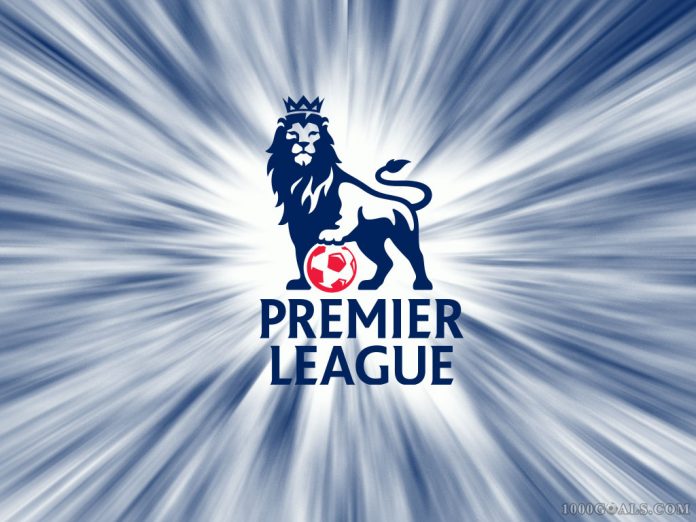 If there’s one thing rife in modern society, it’s a lack of patience. Everyone wants as much wealth, possessions, power and success on Football Manager as quickly as possible with decreasing regard for everybody else. The world is greedier, more materialistic, increasingly impatient to get what it wants.

In the past to become rich and famous you’d have to either work for decades accumulating wealth or you’d have to work incredibly hard to get anywhere in the entertainment industry. Now you can simply go on to the X Factor, sob to the judges that you work in a box factory, sing a ballad poorly with a charming pout that the cameras like and before you know it you’re one of Simon Cowell’s drones and earning so much money you barely have to work again. If you’re a comedian, you just have to be young, good looking, armed to the brim with topical jokes you stole off Twitter and there’s a swathe of panel shows only too happy to have you on their show.

These attitudes are rife in modern football. In years past, chairmen were too busy smoking cigars, wearing sheepskin coats and running their own businesses to sack managers or put startling amounts of money into their club. Fans would wait six months rather than six games (six seconds if you support Chelsea under Rafa Benitez) to call for a manager’s sacking. Managers would get time to dismantle teams, time to build teams, put their faith in youth and be rewarded years down the line with superb sides that were cohesive, strong units.

Nowadays, with the 24/7 media ever hungrier for stories or things masquerading as stories, fans having as much patience as a man with diarrhoea waiting to use the toilet and managers knowing they have little time in a job and usually a cushy pay off should they fail, football as a whole is impatient. We’re seeing the fruit of this now as this season’s Premier League, in terms of quality is the worst it’s been in years.

When a team patiently builds itself over a number of years, it is a cohesive unit where the team truly is a team and not just a bunch of highly paid individuals playing with each other. The last three great sides to grace the Premier League, the Arsenal Invincibles, Mourinho’s Chelsea and the Rooney-Ronaldo-Tevez United side of 2007-2009 were teams that were not built overnight. It took years of planning, coaching, good signings and playing together for those sides to be the fearsome units they became.

At the moment, none of the top sides in the Premiership look particularly cohesive. Manchester City since their takeover by Sheikh Mansour have despite their success never truly gelled as a team. At the start of last season they looked devastating at times, their display at White Hart Lane when they won 5-1 being a sensational display of counter attacking football. They looked like they’d made the transition from a team of individuals to a team. Alas, that didn’t last long and before long they were relying on individuals to single-handedly win games.

While this is fine when playing sides near the bottom of the table, against the big sides this will lead to a team’s undoing. City’s abysmal European displays are perhaps proof of this. Against good sides which were tactically astute, took their chances and resisted pressure, City were undone easily and humiliatingly.

What their dismal European campaign also perhaps proved is that Roberto Mancini is not a manager of the required calibre. At Inter Milan, managing easily the best side in Italy in a Calciopoli affected Serie A he won lots of league titles but always failed miserably in Europe. In England he was fortunate to win the title with a team vastly superior to everybody else’s. He’s perhaps lucky Mark Hughes set the bar so low for Man City managers under Sheikh Mansour with the poor results and poor signings (Wayne Bridge, Roque Santa Cruz, Shaun Wright-Phillips) he served up.

Manchester United are league leaders, playing sporadically some wonderful footballer but on the whole are a fragile side that in terms of quality doesn’t come close to other United sides managed by Sir Alex Ferguson. The defence is weak, relying on aging, injury prone centre backs in Rio Ferdinand and Nemanja Vidic as they wait for Jonny Evans, Phil Jones and Chris Smalling to develop the form, fitness and experience necessary to replace them.

The midfield too lacks a ball winner, someone to give them the physicality in the middle of the park you sometimes need. Darren Fletcher, as hard as he tries will never truly be that person. Nor will Michael Carrick or Tom Cleverley. They could have solved this issue by buying Mousa Dembele from Fulham at the end of the summer transfer window for £15m, not a particularly big sum for a club of United’s stature.

Sitting back and letting him go to Spurs was bizarre as he was so obviously a good fit for them. Money is tight under the Glazers and tighter still when they’re allegedly signing players just to please agents (i.e Bebe) with no consideration of what they might actually contribute on the pitch. But to not go full steam ahead to sign the player who potentially could have made the team when he was available for not a large sum would never have happened ten years ago. It indicates a worrying lack of either money or judgement of players.

Chelsea, as ever are in a state of dysfunction. Roman Abramovich, despite his wealth and possessions still watches matches in the manner of a bored schoolboy doodling in his school book. He also runs the club like a bored school kid at times, sacking managers if he feels like it, signing players for huge sums even if they don’t fit into his team’s style of play and having a complete lack of regard for supporters and the media. But like a wife marrying an absent husband for the money, Chelsea fans enjoy the success, the occasionally sparkling football, the great players on show and hence aren’t too bothered their owner doesn’t care for them and never turns up to see them in person.

The rest of the league is struggling too. Tottenham don’t truly convince in the first eighty minutes of matches then in the last ten minutes collapse like a tree hit by lightning. Arsenal look good on paper but for no reason anyone can clearly pinpoint have a lack of conviction and fight that always leaves them vulnerable. They’re the Milhouse Van Houten of the Premier League, constantly being teased and bullied by opponents. Their Carling Cup defeat to Bradford was plain embarrassing. Everton, excellently coached by David Moyes as ever with considerably less resources look good bets to finish fourth.

At the bottom of the table the standard compared to other seasons is very low. Queens Park Rangers are in the midst of mid-life crisis, spending money they don’t have on possessions that make them less and less happy. Reading aren’t particularly badly managed or badly run, they’re just not good enough. No manager or tactics can atone for an absence of quality and talent. Southampton didn’t spend very well in the summer and defensively were a joke at the start of the season, but a good attack and an improvement defensively from being abject to being rubbish but not as rubbish as before has seen them jump up the table like an attention hogging child in class.

All in all, this is not a great year in terms of quality in the Premier League. There are no outstanding sides sweeping all before them, the standard of defending has noticeably nosedived, two of the four English teams in the Champions League are already eliminated while it looks currently as if comparatively few points will be needed to stay in the league.

That’s not to say a lower quality league isn’t entertaining. This season and last season the games between the ‘big sides’ have seen lots of goals. While this may please the TV executives, it reminds of you Jose Mourinho complaining after Arsenal beat Tottenham 5-4 in 2004 that the match was a ‘hockey game’ and not proper football. Gary Neville said a similar thing live on television recently. They may be uncomfortably close to the truth.