The FA Cup on Saturday ended another fantastic football season in the English Premier League and abroad. And whilst the European U21 Championships will be a welcome distraction from the dog days of summer, we really know you’ll be spending the time before the pre-season dissecting every transfer rumour surrounding your club, no matter how ridiculous.

Indeed, whether it’s whisperings of Ronaldo having a medical at Real Madrid, or Diego Forlan being spotted in a Little Chef near Wigan, a large part of the summer will be spent keeping one eye on the daily paper talk, hoping that the big signing your club has been crying out for is right around the corner.

With that in mind, I’ve prepared this handy guide to some of the players England’s elite will no doubt be casting an eye over during the Summer months. 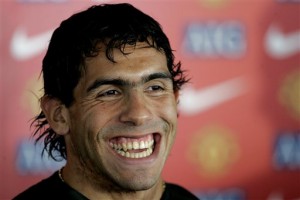 With the Manchester United fans cries of ‘Fergie, Sign Him Up’ appearing to fall on deaf, Scottish ears, it looks likely that the diminutive Argentine will be looking for a new club in the Summer. Although large question marks still hang over just who owns Tevez, there is little doubt that there will be no shortage of potential suitors from both the Premier League and abroad.

The most likely British destination appears to Liverpool, where Rafa sees the industrious playmaker as the perfect foil for both Fernando Torres and Steven Gerrard, as well as being a handy way to get the upper hand on his old pal Fergie. 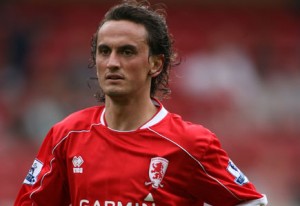 One of the only shining lights of an otherwise dismal Middlesborough season, Tuncay will definitely not be sticking around to play in the Championship next season. Despite not being a prolific goalscorer, the deep lying forward will have attracted admirers with his skill and creative vision.

A reported offer to return to Fenerbache might seem tempting, but the Turkish international might feel he’s still got unfinished business in England. Joining Roy Hodgson’s Fulham may be a good option, as despite having a great season this term, the Londoners will need to find a way to adequately provide for Andy Johnson in order to sustain themselves as a top half force. 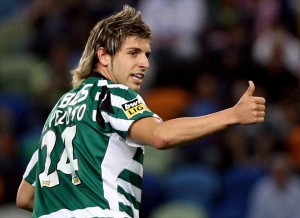 Previously recognised as one of Europes brightest young talents, Portugese creative midfielder Miguel Veloso is a man almost certain to be plying his trade in the Premiership next season. After a disapointing season, in which he fell out with coach Paulo Bento and spent a large amount of time occupying the bench, Veloso’s star has faded, but his natural ability means that at least one Premiership team be prepared to take a chance on him.

Agent Pedro Barbosa reckons that a deal with an English club is in the offing, with Manchester City currently leading the chase. Bolton have also been keeping close tabs on the player too, having had scouts stationed in Lisbon since their failed attempt to sign Veloso in January. 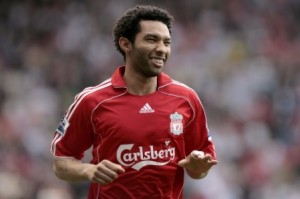 Likely to be one of the leagues hottest properties in the summer, free agent Jermaine Pennant will have his pick of just about any of the mid-level Premiership clubs. Currently, Portsmouth are probably best placed to sign the talented, but often controversial winger, however the clubs current financial troubles may mean that it is difficult for them to afford Pennants high wage demands.

Perhaps Gianfranco Zola, could be tempted to offer him a chance to revitalise his England prospects at West Ham, finally replacing the dire Luis Boa Morte. 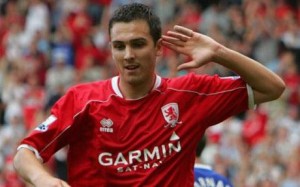 In what will no doubt be one of the least surprising summer transfers, expect Stuart Downing to complete his move to Tottenham shortly after Boro’s relegation is confirmed. Downing has had a poor season, but being overrated and ineffective does not stop a player securing a big money move to Spurs (just ask David Bentley). The only potential stumbling block could be Downing’s current injury, which will render him unavailable until well into pre-season. 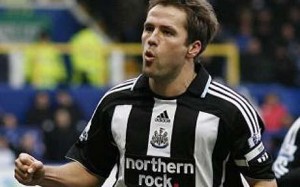 Regardless of whether Newcastle do manage to avoid the drop or not, Micheal Owen is certain to look to end his Tyneside nightmare. Although his £18mil move to the North East has been an unqualified disaster, a fit Owen is guaranteed to score goals (evidenced by his reasonable haul of 8 goals this season, in this most shocking of Newcastle outfits) and there will always be a club willing to pick him up.

A move back to Merseyside with Everton looks on the cards, but Villa boss Martin O’Neil may look to re-unite Owen with his old mate Emile Heskey, alongside whom he shared arguably his best years. 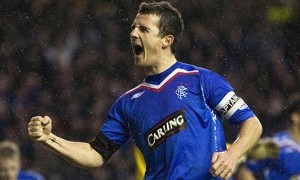 A history of failure in England and unceremoniously booted out of the Scottish national side after a disgraceful showing of unprofessionalism, Barry Ferguson doesn’t sound like the most appealing signing does he? Well, no. But no doubt one of the teams looking to establish themselves in the Premiership next season will see offering the Scot a chance to turn his career around for a cut price fee as an option too good to turn down.

With a previous reputation as a fearless leader of men, his old boss Alex McLeish will likely look to him to lead his Birmingham sides’ midfield for the forthcoming season.

Wanted By: Just about everyone from outside of the top four

After years of stumbling from one bad decision to another, Spurs have found some degree of stability since Harry Redknapp took over in October. This naturally will not the last. Tottenham are notorious for swapping players like Pannini stickers, and Harry famously signed David Nugent and tried to sell him on, all in one transfer window – so you can bank on another major overhaul over the coming months.

Who they will sign for is anyone’s guess, but the man who will be in the most demand will be Darren Bent. Bent has struggled to live up to his hefty price-tag at times, but the much maligned forward is one of the best strikers in the country, and will fancy his chances of forcing himself into Fabio Capello’s plans. He’d be the perfect signing for Martin O’Neil (should he not sign Michael Owen), where he’d be the perfect contrast to either Heskey or Carew.