Since 1863 when official rules were put in place, football has been a cornerstone of British and worldwide culture. With an estimated 3.5 billion fans worldwide football (or soccer) remains the world’s most popular sport with far more fans betting on football odds come the Premier League. However, the game of football we know and love today isn’t quite how it used to be way back in 1863. Drastic advances have been made in clothing, boots, tech and equipment since footballs conception, revolutionising the way football is played and viewed along the way. Here’s a brief history of a few major tech and trend changes in the world of football.

It’s fair to say that in the late 1800s footballers weren’t running around in luminous pink camouflage knitted Adidas boots, they instead opted for steal toe capped leather work boots with metal studs hammered into the soles for extra traction. 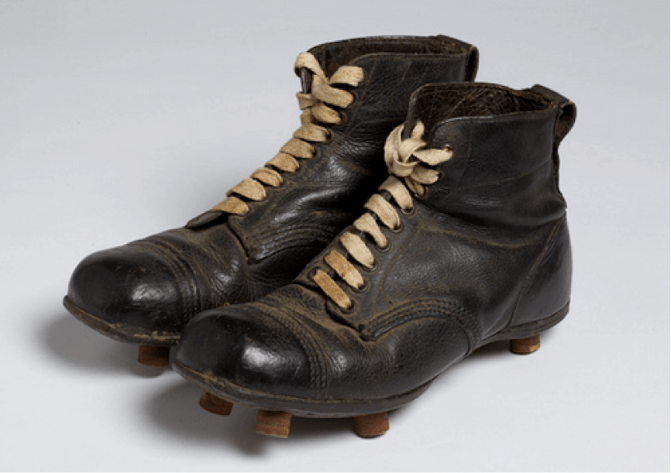 Although there weren’t many advances in football boot styling throughout the early stages of the 1900s, there was significant progress in the design. Several companies began making boots specifically for football, producing the first boot with replaceable studs for different weather conditions.

After the Second World War the South Americans’ lighter and more flexible boots were quickly replicated, shifting the focus from protective footwear to a performance orientated boot that aids striking and control.

In 1948 the Dassler brothers split, with Adolf (Adi) creating Adidas, and Rudolf creating Puma, starting the fierce rivalry between the companies that remains today. Throughout the 50’s boots started to be made of leather and synthetic materials, becoming ever lighter.

The 60’s saw huge tech developments, giving birth to the now famous low cut football boot, improving speed and agility. Adidas were market leaders through the 60s with 75% of all players at the 1966 world cup wearing Adidas boots. 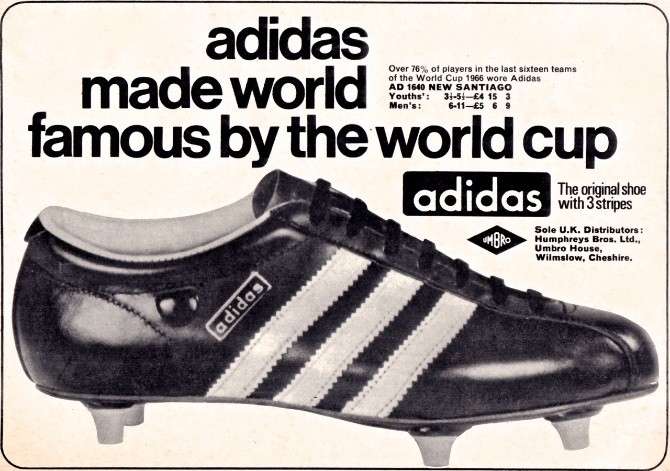 The 80s saw some of the greatest developments in boots, with Craig Johnston creating the infamous Adidas Predator which was released in the early 1990s. The predator provided greater traction and a number of zones that enabled players to generate more power and swerve when striking the ball.

The boot industry boomed with sportswear titans Nike joining to compete with Puma and Adidas. Boots were fitted with polymer extrusion tech producing flexible soles covered in blades that increased stability. Nike came out with its first boot, ‘The Mercurial’ in 1998 which weighed in it at just 200g.

Boots have continued to become lighter, more flexible, more stable and more colourful with new designs coming out monthly. Players are paid millions in sponsorship to wear the newest boots, some of which cost over £200 a pair, that’s quite some development from hammering studs through a pair of steal toe boots. 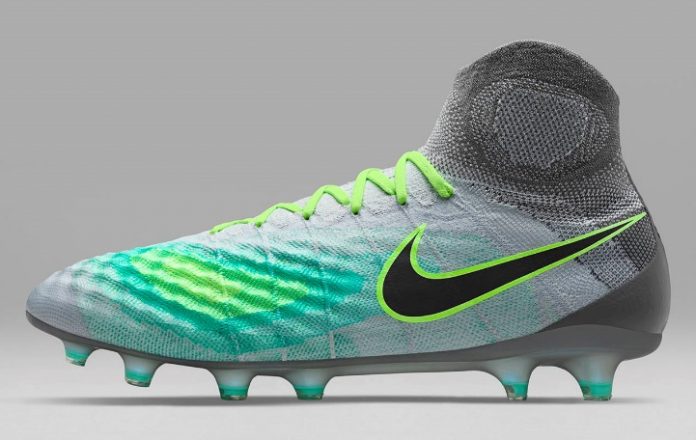 Up until the 1870’s football was played either without a kit or with hats/scarves to help distinguish the teams. The 1870s saw the introduction of the FA Cup and the general consensus that teams needed to be easily identified by both the players and the fans.

Fast forward until 1973 when the first commercial badges were placed on clothing. Leeds entered into a deal with kit manufacturer Admiral which revolutionised kit design, allowing kits to be re-produced and sold as replicas. Deals were brokered with other clubs such as Man United, West Ham and Southampton before other manufacturers cottoned on and copied their business model.

The first ever shirt sponsorship was between Eintracht Braunschweig and Jägermeister in 1973, seeing Eintracht wear the Jägermeister logo across their shirt. Many other clubs followed suit with the first deal in the UK being between Kettering Town and local business Kettering Tyres. It wasn’t until 1983 that broadcasters allowed teams with sponsored shirts to play on television, seeing the value of sponsorships go through the roof. 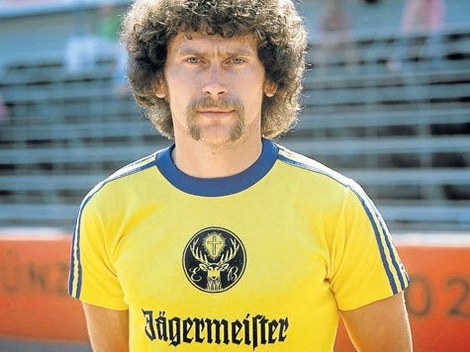 The development in kits and sports clothing is still moving at a rapid pace, with scientifically designed materials creating ever lighter and breathable attire to increase performance and skill.

According to historical references, early balls ranged from human heads, stitched up cloth, animal and human skulls to pig or cow bladders. Animal bladder balls were eventually covered with leather for better shape retention, giving birth to the modern ball.

By the 1900s bladders were made with stronger rubber and covered in heavy brown leather. These balls were good for kicking but were painful to head due to the water absorption of the leather. Footballs varied in thickness and quality and the leather often degraded during matches.

World War II saw further production enhancements. Balls were made with strong cloths between the bladder and cover, providing damping and making the ball stronger. Water absorption was improved with synthetic paints and non-porous materials. Also, a new type of valve was invented that eliminated the laced slit.

In 1951 a white ball was first permitted to help spectators see the ball easier with the advent of floodlights. Orange balls were also introduced in the 1950s to help visibility in the snow.

In the 1960’s the first totally synthetic ball was produced, but it was not until the late 1980s that synthetic leather totally replaced the leather ball.

Developments in football design is continuing, with many companies creating new high tech materials and designs for the optimum soccer ball. Balls nowadays are more accurate, waterproof, transfer force efficiently, softer, and are safe to head.