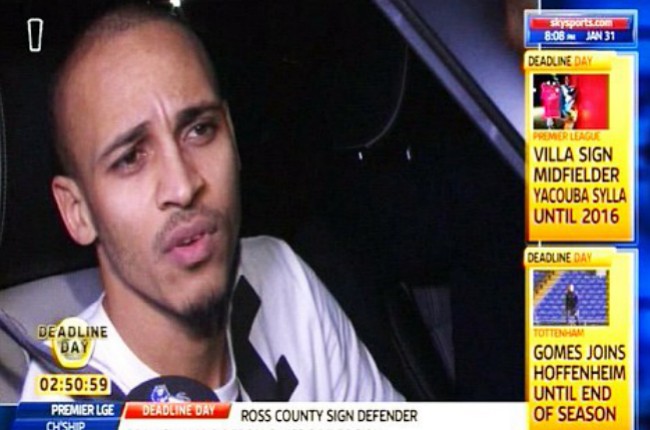 You have to hand it to modern day footballers such as Peter Odemwingie. While the morale sapped people of the UK struggle with austerity measures and high unemployment, you can rely on a down trodden footballer to wistfully ignore the nations blight with breath taking arrogance. Even the newly named PSG player Davide Saint Beckham as he is from now on to be known, couldnt help but rub noses in it by donating his salary to a French charity. What a bastard, he doesnt even need his lucrative salary. Even in charity, he couldnt resist whoring himself out for publicity.

When I next feel the need to donate my many millions in wages to a charity, I’ll do it all quite and respectfully like, because being smug and self righteous is so infinitely gratifying.

But, while Beckham would prove to monopilse the headlines with such a galant gesture, on what was a relatively quite transfer deadline day, (Liverpool and Chelsea behaved themselves this time unlike Norwich supporters dry humping live on Sky News!) Peter Odemwingie was in anything but a charitable mood as he tried to force a move from WBA to -we’ll pay silly money for mediocrity- QPR.

Earlier in the week Odemwingie took to twitter, enraged by WBA having the audacity to reject anything for a player under contract for lower than their asking price. The nerve on them. By the time I had gotten round to checking Odemwingie’s mostly incoherent twitter feed, the player had deleted the majority of the incriminating tweets, leaving mostly his retweets of baggies’ supporters that were offering their support and generally protecting his fragile ego. For some reason he didnt feel the need to retweet or reply to my personal, sincere tweet.

It came as little surprise then, that after such a public outburst transfer deadline day would be D-day for Odemwingie. Such was Odemwingie’s determination to be liberated from his unjust incarceration at WBA, the player reportedly drove to Loftus Road to sign a deal with ‘Arry at QPR, despite his own club refusing permission to talk to the R’s. The London club apparetnly refused entrance to Odemwingie at the clubs gates, deeming it unrespectful to WBA. A move by QPR likely brought on by WBA, who had earlier felt it necessary to clarify their position with a statement on the club website denying any agreement had been reached to sell Odemwingie.

If you can, for a moment ignore Odemwingie’s complete disregard for loyalty let alone a contract, a small bit of you, a really small bit of you has to admire his tenacity and single mindedness to augment a transfer. An apetite for a deal, that even Redknapp would probably fall short of.

And that is where it would end for the beleauged Odemwingie. Sat on the outside, looking in at the party going on inside, as other newly signed players made their way for a pay day at QPR. If your names not down, your not coming in.

Only last year, Odemwingie negotiated a contract extension with the baggies, after apparently feeling under appreciated and undervalued. Providing he is allowed back through the gates at the Hawthrons, Im sure the WBA faithful will let him know quite how much they appreciate him now.