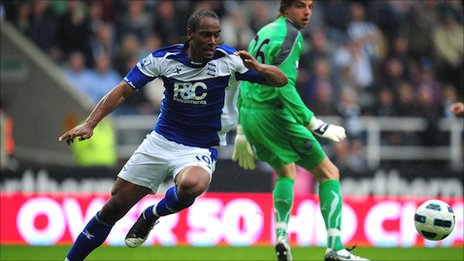 As the summer transfer window has now finally closed and viewing figures of Sky Sports News go back to normal levels, I think it’s time to look back at the best and worst of the deals done involving English Premier League sides. Spending was at it’s highest level since 2008, totalling £485 million, and in amongst those transfers will be signings that could potentially save a manager from the sack or be the difference that wins a trophy. Here’s my rundown of the best and worst value deals out of players signed by EPL clubs (in no particular order):

Great signing for Tottenham and an improvement on their existing midfielders to go straight into the first XI. People will point to his age (30 years old) as the reason for this low price, but Spurs should still comfortably be able to get three or four years out of Parker at the top level before his 100% committed style of play will inevitably lead to injuries catching up with him. A signing that goes against the grain of English players having that extra “premium” attached to their price, and looks even more of a bargain when you consider central midfielders Gareth Barry (£12m), Ramires (£19.8m) and Jordan Henderson (£16m) all went for much more money when Parker is arguably superior to all three.

Left back has been a problem position for Liverpool for years and the latest player to attempt to fill the void probably last consistently filled by Steve Staunton appears to be the most likely to make a success of it. He signed for Newcastle for £6.5million in the summer of 2007, took quite a while to settle in England, but has since massively improved to the point where he is considered to be one of the top all-round left backs in the Premier League. The signing represents very bad business for Newcastle selling a player for less than they paid for him despite obvious improvements in the player. The much criticised board at St. James’ Park should have acted sooner to get him tied down to a longer deal or enable them to get a realistic return to a player as comfortable on the ball as you would expect from a La Liga export.

One of the starts of the all-conquering Spanish Under 21 team at this summer’s European Championships, Mata comes to Chelsea for a big transfer fee. At just 23 years of age though it looks like a sound investment if they can build an attack around him and keep him at the club for years to come. He will show similar style, technique, movement and class of Manchester City’s David Silva and he’s already scored on his debut after coming on as a late substitute against Norwich City.

As a newly-promoted club, Q.P.R. needed some experienced Premier League players going into the last few days of the transfer window and Neil Warnock has delivered, with Barton likely to be an influential character in the dressing room and on the pitch. The much-discussed ex-Manchester City and Newcastle man has already had an incident-filled start to the 2011/2012 season. Any slight skirmish during a game does seem to be magnified if Barton is involved due to his colourful past, but there is no denying the consistently fine level of performances that he put in for Newcastle last season. Playing mostly out of position on the right side of midfield, his delivery into the box is first class and there’s no doubt Andy Carroll benefitted from this before leaving for Liverpool.

This transfer on deadline day would have surprised many people, who would have thought Dann was destined for a ‘bigger’ club after rumoured interest from Arsenal, Tottenham and Liverpool earlier in the summer. A player who is proven quality at Premier League level having formed an excellent partnership with new Wolves signing Roger Johnson at previous club Birmingham City. Relegation has forced Birmingham to sell most of their assets of any value, but it will be a blow to them losing the fit-again centre-back so late in the transfer window.

Whilst there is no doubting Liverpool have signed the young Englishman for his potential rather than current ability, I see this as a hugely over-expensive signing. The 21 year old struggled in the Under 21 European Championships in the summer and it is difficult to see where he will fit into the Liverpool side when Charlie Adam, Lucas and Steven Gerrard are all available. With Gerrard becoming more injury-prone as his career goes on, maybe they have identified Henderson as a successor to Gerrard. But Henderson, on current viewing I may stress, doesn’t look to be particularly outstanding at anything, but rather has average-good ability across the board (tackling, work-rate, passing, vision). Time is on his side though and he may go on to prove me wrong.

24 year old Jerome has been signed by Tony Pulis, presumably, to compete with Jon Walters as back-up to Peter Crouch and Kenwyne Jones. Pulis has been excellent in the transfer windows in recent years, improving his squad every summer and adding to it where necessary in the winter window. This transfer window has possibly been one of his best, bringing in Crouch, Palacios, Woodgate and Upson. That said, Pulis has taken a gamble here which I think is only going to go one way. Jerome has only scored 20 goals in 99 Premier League matches, a record which includes just 3 goals in his 34 Premier League games last season for Birmingham. Only once in his career has he scored more than ten goals in a league season (scoring 20 goals in the Championship in 2005/2006).

A player plagued by injuries in the last few years can be a handful for defenders when he is on his game. Sadly he doesn’t appear to be able to stay fit for prolonged periods or re-produce the form that saw Everton pay Middlesbrough £11.25million back in 2007. With a capable goalkeeper in Paul Robinson and a solid-looking defence including Michel Salgado, Scott Dann and Chris Samba, Blackburn should be hard enough to break down. It is at the other end of the pitch where Rovers will struggle, with little quality or options up front. And Yakubu is unfortunately unlikely to help them too much in that area.

Another free transfer signing here, meaning it is only (probably substantial) wages being thrown away here. But this is a place in the Q.P.R. squad that could have gone to someone else, who would be more likely to be available to play football. As bright as Dyer’s career looked in his early Newcastle United days, he is now likely to spend more time in the physio room than on the training pitch. I assumed he would retire this summer after several attempted comeback appearances in the last few years all failed, but Warnock has taken a gamble which will almost certainly not be a success for his club. Injured less than 5 minutes into his Q.P.R. debut against Bolton Wanderers.

Not a permanent signing but worthy of inclusion on this list. A player whose career has gone rapidly downhill in the last 5 years. Appears to go through the motions when given any playing time these days and doesn’t show the same drive that he showed at Newcastle United and in his early Tottenham days. The move may do him good but Villa boss Alex McLeish will have to show his man-management skills to re-ignite a career that has severely stagnated during his 6-year stay at Spurs.