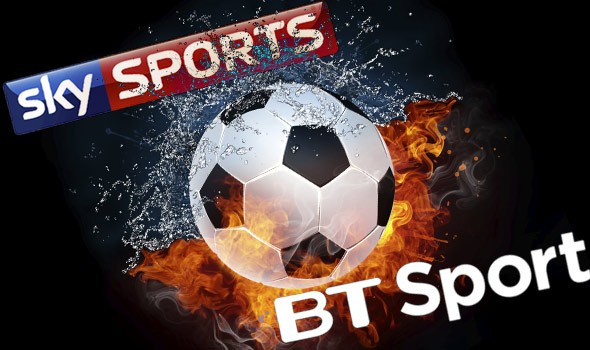 From next season, it will cost Sky or BT around £10 million to broadcast each game, with the new television rights finally coming into practice. The deal, worth around £5.1 billion, will see the bottom team of next season’s Premier League collect £99 million, the same amount Chelsea got last season when they won the trophy.

The champions will pocket £150 million next season, a 50% increase in what the winner’s this year will gain. It is obvious to see why the likes of Norwich, Bournemouth and Newcastle have spent £67 million between them as they hope to survive in the top flight, which is 63% of the total money spent by all Premier League clubs this January.

Although, not all clubs have made a purchase this window yet, with Manchester United being one the several clubs who have not made an addition to their side.

It is clearly evident how the Premier League is the most lucrative competition in the world for clubs, with the Champions League winners expecting to pocket only £41 million from next season in prize money, despite a 46% increase from last season. It is believed that Sky were willing to lose the Champions League rights to BT as the Premier League is more watched and generates more money for the company’s themselves.

However, the Champions League gets more complicated when it comes to finances, as each clubs is awarded prize money and is allocated a market share of television rights in their country which is also dependent on how well their league progressed the year prior. So, Juventus actually benefitted financially more than Barcelona last season, despite losing the final to Lionel Messi’s treble winning side.

For example, as Barcelona, Real Madrid and Atletico Madrid all progressed far into the Champions League, they had to share the money for the television rights in Spain. However, as Roma went out of the Champions League in the group stage, leaving Juventus as the sole Italian representative, the Turin side received £44 million in TV funds alone, compared to the Catalan’s £18 million in television rights.

The Champions League is the most handsome competition for it’s competitors however as the prize money is the highest in the world when you consider the sum made for each game, even more so than the FIFA World Cup.

Despite the turmoil which existed at FIFA and threatened the long-term sponsorship by some companies who were unhappy under Sepp Blatter, it remains a hugely profitable company.

Although with this increase also sees a sharp rise in prize money, where between 2010 and 2014, the money FIFA spent on prizes soared by 75%. Germany, in 2014, won $35 million for lifting the prestigious international trophy.

Furthermore, domestic clubs get a small fee for sending their players to the World Cup too, with $70 million set aside for this, and $100 million being used as insurance in case a player is injured for a long time and a domestic club needs to be compensated.

In 2011, FIFA confirmed that they had sold the TV rights for $1.85 billion when the World Cup’s in 2018 and 2022 take place which is a slight increase from the previous rights.

Overall, the trend is showing that prize money and television rights is increasing, and whilst this upwards movement is generating more funds for football now, it could only be a matter of time before the glass ceiling is found and broadcasters refuse to meet the growing demands of football TV rights.