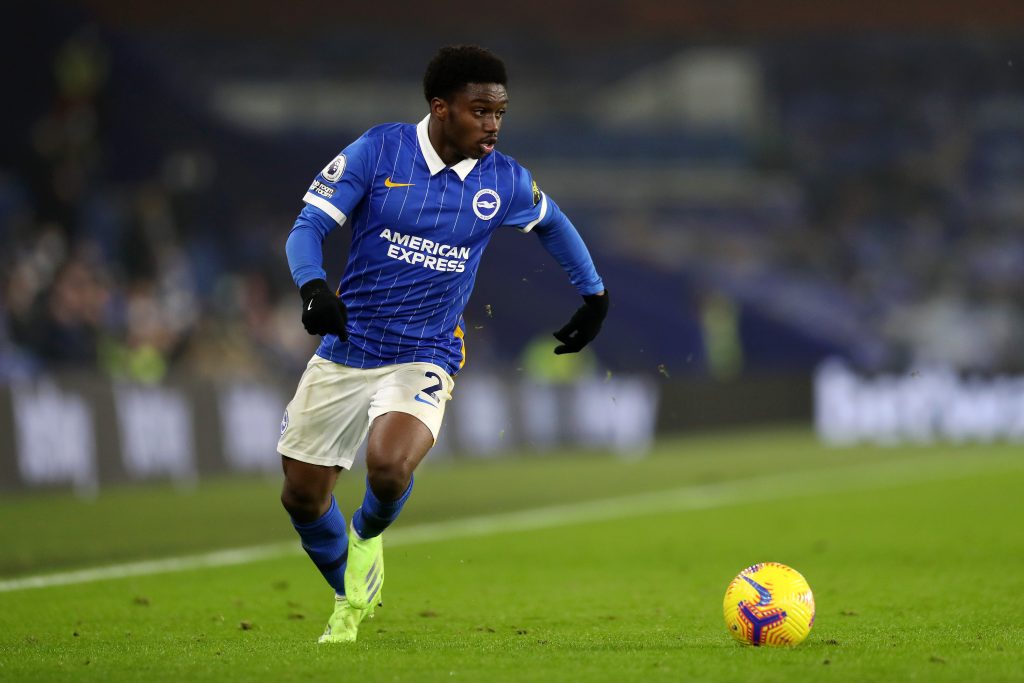 Brighton and Hove Albion right-back Tariq Lamptey is set to sign a new contract at the club, as reported by TalkSPORT.

The young Englishman joined Brighton from Chelsea last January for an estimated fee of £4 million. Since then, he has been a revelation, impressing spectators with several top-class performances at right-back.

His form has led to him being linked to some of the biggest clubs in the world. For example, Hans-Dieter Flick’s treble winning Bayern Munich were said to be interested in the 20-year-old following Joshua Kimmich’s transition into midfield.

However, this move is beginning to look increasingly unlikely, with TalkSPORT claiming that Lamptey will sign an improved contract at the Seagulls.

The youngster’s current deal runs until 2023, and is believed to be worth £5,000 per week. This new contract is expected to give him a significant pay rise, as well as run for a few more years.

TalkSPORT’s transfer specialist Alex Crook broke the news on the show on Thursday afternoon, and heaped the praise on the young full-back.

“Tariq Lamptey is one of the few shining lights really for Brighton, who have barely won a game this season,” said Crook. “When you consider that Brighton signed him for around £4m, he has to be one of the bargain buys of recent times.

“Lamptey is close to committing his future to Brighton, which is some much needed good news for Graham Potter.”

As things stand, Brighton sit in 17th place. They are two points clear of the relegation zone, although 18th-placed Fulham have played two fewer games than the southern club.

Graham Potter’s side have not won since their controversial 2-1 triumph away at Villa Park in November. They go into the weekend needing to pick up points against Leeds United, having failed to win in any of their previous nine outings.