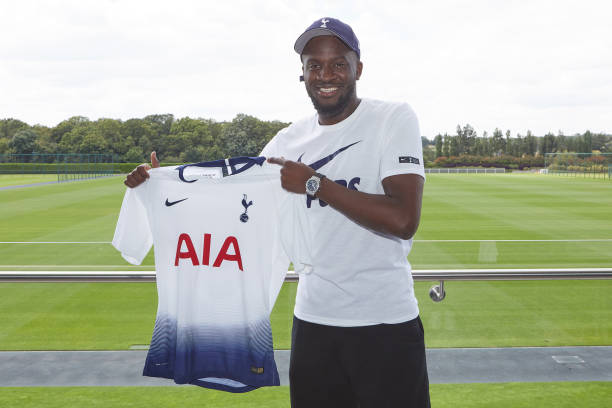 Tottenham Hotspur have made French defensive midfielder Tanguy Ndombele their most expensive signing ever after splashing £63 million to acquire his services from Lyon.

Spurs boss Mauricio Pochettino, fully convinced that the 22-year-old can be the perfect replacement for former club star Mousa Dembele, played a huge role in ensuring he chose Tottenham ahead of other top suitors.

Paris Saint-Germain, Liverpool, Manchester United and Juventus were all keen on Ndombele, but the Argentine told him Spurs were assembling a squad capable of challenging for the English Premier League next term, and the club’s exciting project persuaded the France international to join.

The player himself has told L’Equipe the exact words Pochettino said that convinced him Tottenham are the right club for him.

“It is difficult to describe but he knows how to touch people, to leave a mark on people,” the midfielder revealed (via GFFN).

“He looked at me in the eyes and said: “come with me, I am sure that you will progress.” It is these types of little things that made me want to sign over there.

“I could see that he really, genuinely wanted me, that he genuinely liked me.”

Ndombele has proven himself with Lyon in the last two seasons despite playing with Amiens in the French 5th division just five years ago after he was released by Guingamp, and he definitely can become even much better under the tutelage of Pochettino at Spurs.