Liverpool are hoping to sign highly rated Ukrainian winger Yevhen Konoplyanka before the transfer window closes, with the Reds set to pay up to £16m for his services. 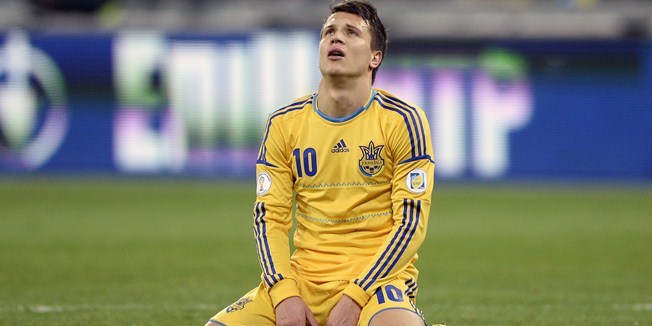 According to the Guardian, Konoplyanka is being targeted by Brendan Rodgers as an alternative to Egyptian winger Mohamed Salah, with Liverpool missing out on the 21-year-old to Chelsea last week.

Konoplyanka would be a great signing for #LFC. Clubs in talks but time is running out and fee would be £15m plus

Konoplyanka, who plays for the wickedly polysyllabic Dnipro Dnipropetrovsk in the Ukrainian league, has been linked with a move to the Premier League for some time, with the likes of Arsenal, Chelsea and Manchester United having kept an eye on the 24-year-old in the past.

The player’s father, Oleg, has also been talking about the prospect of a move to the Premier League before the transfer window closes,

“I do not want to say specifically but the information about a transfer to the English club is true,” said Konoplyanka senior,

“He can change clubs later this week. We do not consider offers from Ukraine.”

Able to play on either flank, Konoplyanka has eight goals and six assists from 19 Ukrainian league games this season, and impressed in recent World Cup Qualifiers, including against Roy Hodgson’s England.

What do you think? Would Konoplyanka be a decent signing for Liverpool? Let me know in the comments below…