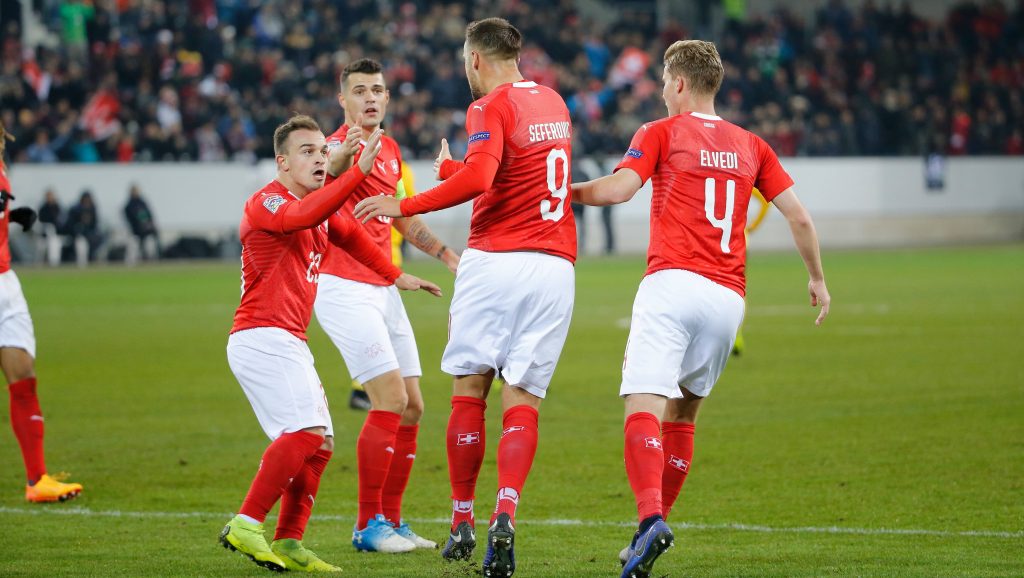 Vladimir Petkovic has compiled a list of 26 players that will represent Switzerland at the rescheduled Euro 2020 this summer.

The Swiss national team have been a regular fixture of major international competitions over the past decade.

With plenty of the squad playing in Europe’s top-five divisions, the Nati go into the Euro finals with high expectations.

Still, Switzerland’s hopes of reaching the Euro knock-out stages for the second time in the nation’s history relies on the Premier League trio.

Newcastle United centre-back Fabian Schar has been a defensive mainstay of the squad over the past few years, having anchored his side’s defence in the last three qualifying campaigns for major tournaments.

Arsenal midfielder Granit Xhaka will lead his nation, having inherited the captain’s armband from Stephan Lichtsteiner. Despite his tumultuous season at the Emirates, the 28-year-old has kept this Swiss team ticking over in turbulent periods.

Liverpool forward Xherdan Shaqiri holds the tools to unlock defences, even though he has spent most of his Anfield career playing understudy to Jurgen Klopp’s all-star attacking trident.

The ex-Stoke City winger has netted 23 goals for the national team, more than any other active Swiss player.

Despite getting into Switzerland’s provisional squad, Brighton striker Andi Zeqiri has failed to make the final cut, with Petkovic opting for Benfica’s Haris Seferovic instead.

The 29-year-old marksman has tallied 21 goals for the national team and is heading into the Euros on the back of a stellar season in Portugal. Seferovic racked up 22 goals and seven assists in 31 league appearances for Benfica in 2020/21.

The Nati have qualified for back-to-back Euro finals for the second time in the 21st century.

Coming up against the likes of Italy, Wales and Turkey in Group A, Switzerland will face the daunting task of reaching the knock-outs for the second tournament running.