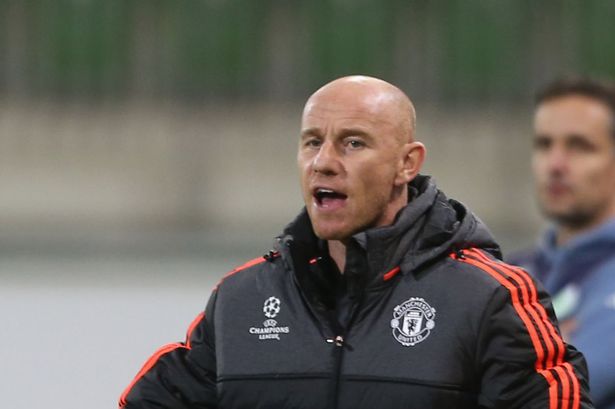 According to ESPN, the striker had attracted interest from Chelsea, Arsenal and Southampton, along with the 20-time English champions. He made a trip to all these clubs and finally decided to use his gut feeling to join United.

Burkart is the son of two Olympic runners, Stefan Burkart and Helen Barnett, with the latter representing both the Great Britain and Switzerland. The teenage striker revealed that his dream of playing in his mother’s home country convinced him to move to move to England.

“Pure gut feeling – the other clubs were also very interested. I visited each club and analyzed its infrastructure while there,” Burkart told Credit Suisse.

“I always knew: If I were going to move to a club abroad, then it could only be to England, my mother’s home country.”

Burkart has no idol, but the striker admitted that he would like to be a combination of Barcelona star duo of Neymar and Luis Suarez.

“One is a dancer, full of tricks, the other an ice-cold scorer – I would like to be a combination of the two,” he added.

Saidy Janko moved to Old Trafford from FC Zurich and after coming up through the club’s youth system, he made one senior appearance for the Red Devils. Following a disappointing spell, he joined Celtic on a permanent transfer last summer.

Burkart is aware that there is a possibility that his future could also head in the same direction as Janko. However, the teenager remains relaxed as he believes the experience which he will gain at United will be beneficial in the future.

“I’m taking a relaxed approach to it all. If it doesn’t work out with Manchester United, the excellent training will still provide a fantastic foundation for launching a career at another club,” the Swiss striker concluded.