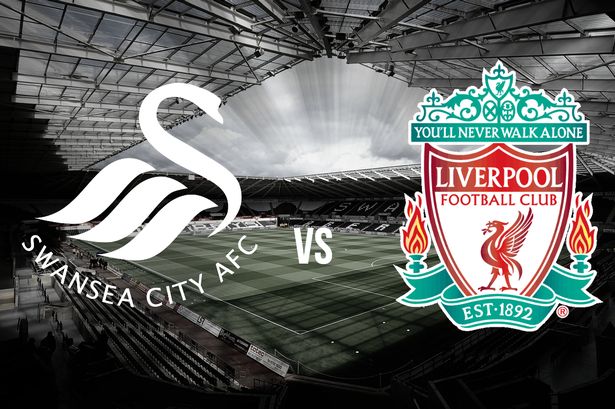 Liverpool take on Swansea City on Saturday in a lunchtime kickoff as Jurgen Klopp’s Reds look to keep their momentum going following a string of high-scoring wins. Swansea, meanwhile, are down in the bottom reaches of the table having lost four of their first six games into the 2016/17 season.

Francesco Guidolin is seeking to stop the rot that has set in at Swansea after a spirited performance at home to Manchester City only resulted in a defeat. Liverpool’s visit to the Liberty Stadium will be the Swans’ third straight home game, and Guidolin spoke about his precarious position leading up to the game, a win in which will relieve the Italian of some pressure heading into the international break.

“If we win for the period of the international break you don’t speak any more about my position,” said Guidolin.

Expected line-ups: Swansea should go with Fernando Llorente up front with a packed midfield behind him to deal with Liverpool’s runners from midfield who have made all the right noises this season. The Reds have used Roberto Firmino as their man up front in the majority of their games; the Brazilian’s work off the ball has prompted Klopp to field him as a false nine despite the availability of Daniel Sturridge. 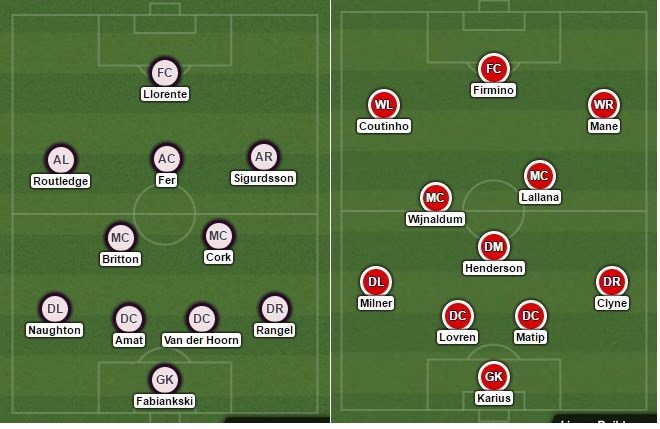 Swansea’s tactical plan: Swansea are a tidy team in possession and connect pretty well across the pitch. Kyle Naughton, their left-back, plays higher up the pitch than the right-back Angel Rangel; that helps the Swans to maintain numbers at the back in defensive transitions inside their own half.

Against Manchester City last weekend, their plan revolved around seeking Llorente from all sorts of areas. Swansea pinged long, chipped balls onto the tall centre-forward, who had Gylfi Sigurdsson running beyond him throughout the game. Goalkeeper Lukasz Fabianski found Llorente the most number of times against City which gives an idea about how the Swans set about troubling City with quick build-up play.

Swansea’s midfield has a staggered look about it with Leon Britton sitting the deepest of the central three with Jack Cork and Leroy Fer playing further afield offering support in higher areas to Sigurdsson and Llorente.

Liverpool’s pressing game: Klopp’s Liverpool have found an identity with their high pressing game which hasn’t been reckless and relentless, as the Reds’ win over Chelsea two weeks ago proved. Liverpool have thus far locked their back, conceding the fewest shots per game to their opponents this season. A reason for that could be their proactive transition play and pressing structures that make it harder for opponents to effectively build an attack.

With 7.2 shots on target per game, the Reds lead the way in the Premier League’s offensive stats, and posting such high numbers early in the season has put them in the title reckoning.

Swansea’s leaky defence: Swansea have played well in patches but haven’t kept a clean sheet since their opening day win over Burnley. The Swans have been conceding shots far too regularly but the return of Britton to the starting eleven brings calm to a chaotic midfield that has been bypassed with alarming ease this season.

For the home side to have any chance of stopping the rampant Reds, their leaky defence must be addressed and attacking from wide areas should be the key as Liverpool have allowed their full-backs to push very high up the pitch. Cork, Fer and Britton have their work cut out against Liverpool’s pressing play which could see Sigurdsson spending a lot of time in deeper areas of the pitch instead of supporting Llorente up front.