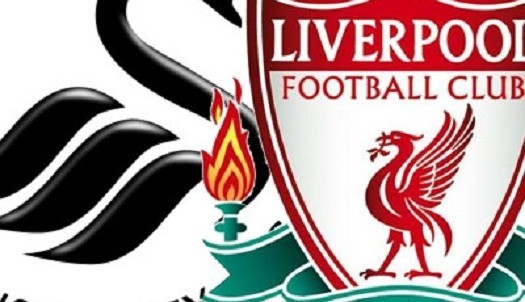 Liverpool will take on Swansea City on Monday night at the Liberty Stadium in the Premier League looking to cement their position at the top of the table.

The Reds have made a dream start to their season having won all their three matches so far. The confidence will be sky-high after defeating arch-rivals Manchester United at Anfield in the last match, where Daniel Sturridge scored the winner.

Swansea on the other hand lost their opening two matches against Manchester United and Tottenham but bounced back strongly in their last game, winning 2-0 against West Brom.

In form Liverpool striker, Sturridge, who has scored all the goals for the Reds this campaign is likely to feature against the Swans, despite missing both the World Cup qualifiers for England with a thigh problem.

Kolo Toure is fit again and is hopeful of a return too. However, Rodgers is poised to retain Skrtel and Agger as his central partnership, which means newcomer Mamadou Sakho will have to wait for his opportunity.

However, Liverpool have few injury problems to deal with. Right-back Glen Johnson is sidelined for four to five weeks with an ankle injury while Joe Allen, Sebastian Coates and Aly Cissokho are all long term absentees.

Michael Laudrup has a fully-fit squad to choose from with full-back Neil Taylor is a definite absentee, as the Wales international still nursing his thigh injury, while Nathan Dyer remains sidelined with a hamstring injury picked up against Manchester United.