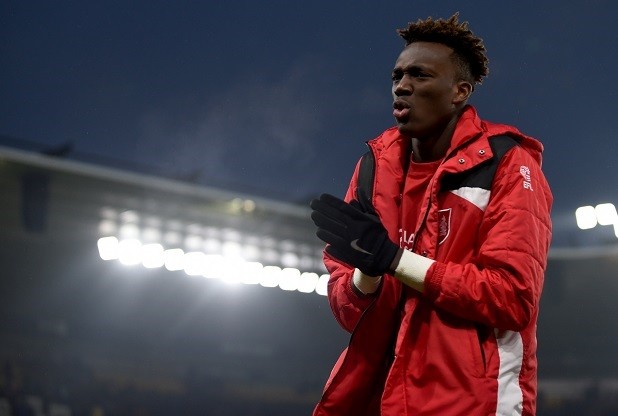 Chelsea striker Tammy Abraham is all set to join Swansea City on loan for next season.

According to BBC, the highly talented 19-year-old forward was a target for Newcastle United and Brighton as well but the Welsh outfit have fought off competition for the attacker.

Abraham was on loan at Bristol City last season and the Chelsea striker will be hoping a similar spell at Swansea next year. The 19-year-old was sensational at Bristol, scoring 23 goals in just 40 appearances.

BBC claims that the paperwork will be completed later today and the player should be confirmed as a Swansea signing after that.

Paul Clement is thought to be an admirer of the Chelsea forward. The current Swansea boss worked with Abraham during his time as a coach at Stamford Bridge. Clement will be well aware of the player’s qualities and will hope to get the most out of him next season.

Chelsea already have the likes of Costa and Batshuayi at the club and therefore sending Abraham out on loan is a wise decision. At this stage of his career, the young forward needs to play week in week out.

It will be impossible for Conte to accommodate Abraham in his first team plans just yet and the 19-year-old is too good to be wasted on the bench.