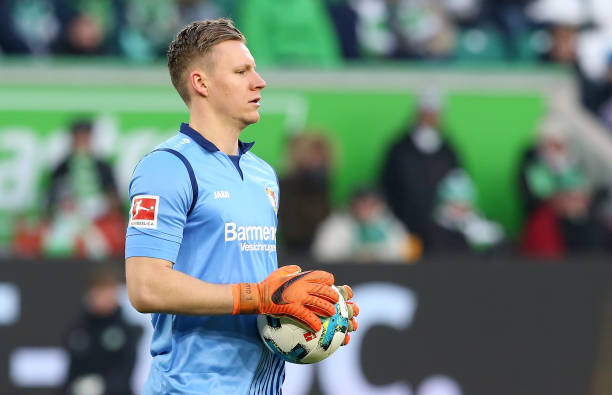 According to The S*n, Arsenal’s Head of Recruitment Sven Mislintat has identified Bayer Leverkusen goalkeeper Bernd Leno who could be the Gunners’ first signing of the summer if they trigger his ‘exit option’, believed to be a £17.5m release clause.

Leno would be a long-term replacement for Petr Cech who is out of contract next year, although Atletico Madrid and Napoli are also keen on his signature which could be a stumbling block in Arsenal’s bid to bring the German to the Emirates.

Signed by Leverkusen from Vfb Stuttgart in 2012, Leno has gone on to make over 300 appearances in all competitions for the Bundesliga outfit, keeping 99 clean sheets. The 26-year-old has racked up 30 league games for Leverkusen this season and has made six caps for the German national team.

Bild say Leno has told Die Werkself that he wants to leave this summer as interest in his signature intensifies. The coveted shot-stopper is hoping a suitor will meet his £17.5m release clause so he can depart the BayArena three years before his contract expires.

Arsenal’s first (Cech) and second-choice goalkeeper (David Ospina) are entering the last year of their respective contracts which is why Mislintat is identifying a replacement between the sticks. Leno wouldn’t break the bank and is keen for a new challenge, so he may be the first player through the door when the summer transfer window opens.