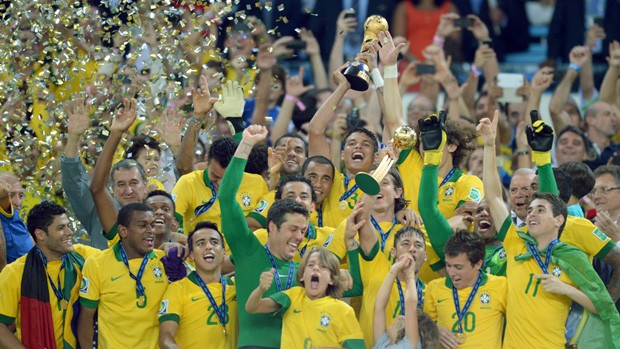 No run-up to a major tournament – World Cup, European Championships, Olympics, and more – is without incident.

Putting together a huge gathering of the world is extremely difficult, especially in places that aren’t accustomed to having so many games and guests.

The lead-in to Brazil’s World Cup this summer has been fraught and fractured from the very beginning, and as the tournament came into focus in 2013, stories about unfinished stadiums, stadium collapses, worker deaths, and most poignantly, mass protests in the streets of the country have dominated the headlines.

Brazil has done a far from perfect job in putting this World Cup together.

Blame the national government for spending millions on erecting glittering stadiums in the Amazon outpost of Manaus, where the best club plays in the fourth tear of Brazilian football, or Curitaba, or Recife – all stadiums that will host four group stage games this summer and then most likely spend the decades rotting away.

Blame them and FIFA for shoddy inspection of stadiums on dangerous deadlines, and blame them for poor working conditions that have resulted in loss of lives.

Yes, it’s Brazil’s fault that they aren’t spending this money on resurrecting a failing health-care system, turning around an economy in recession, and fixing public transportation. The people of South and Latin America’s leading nation made that abundantly clear at the Confederations Cup, and many at the highest levels of its government fear mass protests will mar the World Cup this summer.

Just don’t blame the Selacao, the national team. The people of Brazil don’t, and won’t. In fact, outside of their own nation, everyone should be pulling for the hosts this summer.

Here’s Brazil forward Hulk on the protests that erupted last summer: “After seeing the people on the streets claiming for improvements, it makes me feel like joining them. They are doing the right thing, what they are saying makes sense and we have to hear them. Brazil needs to improve, we all know that.”

“The people have the right to express their opinions and to protest when they are not happy with what is happening in their country. That’s the only way to call attention to what is wrong,” said Brazil center-back David Luiz. “I don’t live in Brazil but I love my country. The Brazilians love their country and that’s why these protests are happening.”

On Facebook, Brazil striker Fred said, ““I’m in favor of the protests as long as they are peaceful. I’m very proud to see the people fighting to improve public transportation, health services and so many other things.”

And here was full-back Dani Alvas on Instagram last summer: “Order and Progress without violence for a better Brazil, a peaceful Brazil, an educated, healthy, honest and happy Brazil.”

Neymar, Brazil’s star and great hope for this summer wrote, “I always had faith that it would not be necessary to come to the point of having to take to the streets to demand better conditions for transport, health, education and security. All this is the OBLIGATION of the government”

The bond between Brazil’s national team, Brazil’s people, and Brazil’s game is without equal in football. 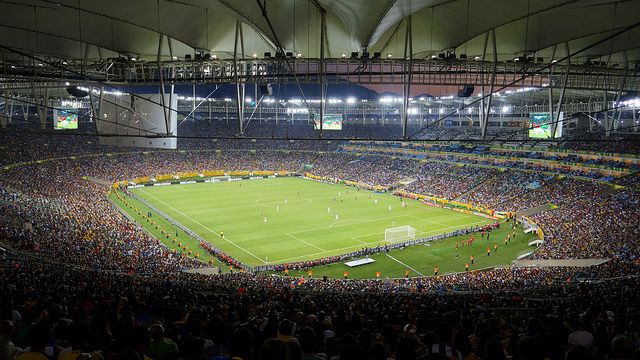 In the Confederations Cup Final last summer, almost 80,000 Brazilian’s shook the fabled Maracaña in a thundering rendition of the national anthem while tear gas poured over the walls of the football cathedral from the protests going on just outside the gates.

FIFA only allows one verse of Brazil’s national anthem to be played before matches, so Brazil’s players and people belted out the second verse without music last summer, and will do so again this summer. The noise is unforgettable.

Brazil knew they would win that cup final. Spain had no chance.

Recently, the Spanish coach Vincent Del Bosque proffered that Brazil would struggle to cope with the expectations of home-field advantage in the World Cup.

Del Bosque is grasping at straws. Not only are World Cup hosts traditionally overwhelmingly and unprecedentedly successful, but the strength that Brazil draws from its people and the people draw from the team is going to make it difficult for any team to beat them this summer.

Mind you, Brazil wasn’t always a force impossible to reckon with.

Until the indomitable Luiz Felipe Scolari took over the reigns for a second spell in charge of his home nation, Brazil were a mess – a shell of their former selves.

Scolari turned it around. He quickly identified players who he wanted to build around, and he crafted a true team in every sense of the word.

Scolari, who coached Brazil to World Cup glory in 2002, is working closely Carlos Alberto Pereira, who coached the team in 2006, and in 2010, the last World Cup host, South Africa.

It’s exceedingly rare in football for two rivals to work hand in hand like this.

It’s also exceedingly rare to show the kind of loyalty that Scolari displays regularly, and get the kind of spirit his players show on that same basis.

Scolari backs his boys. Three of Brazil’s starters – goalkeeper Julio Cesar and forwards Fred and Jo – have all been hurt or not playing for their clubs in the last year.

When you have talent like Brazil has, replacements are easy to find. Especially in todays “what have you done for me lately” world of football, guaranteeing angrily and emphatically that a starting goalkeeper who played two games in five months for a Championship side in England will be on the World Cup roster is imminently admirable. 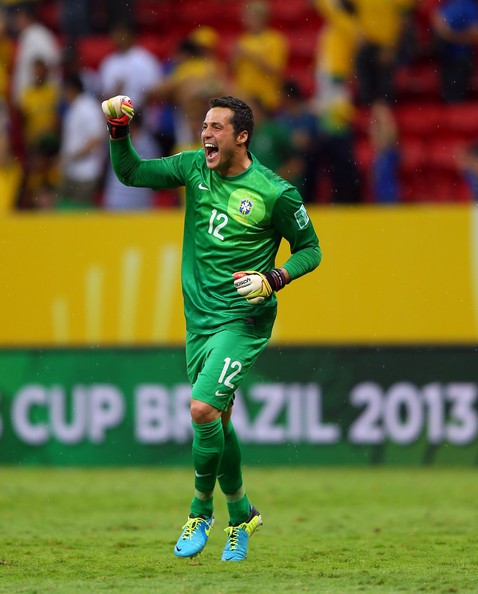 That goalkeeper, Julio Cesar, has found a club now – Toronto FC. It’s easy to see why Scolari likes him so much. In the dressing room before the final against Spain, Cesar broke down crying in front of the team talking about how hard he worked to rejoin the Selacao, and how much it means to him to have made it back.

This team is taking advantage of playing on its own stage.

Brazil plays most of its friendlies in Europe or North America, and therefore Brazilians rarely get to see the Selecao play in person. This summer will be special for that reason alone.

Brazil lost, 2-1 to Uruguay. They say you can still hear the silence and be haunted by its eery quality in the country today.

This summer, Brazil has a chance to drive away the demons, and in standing by their countrymen, lift them up in a time of need. Everyone should be rooting for them to succeed.