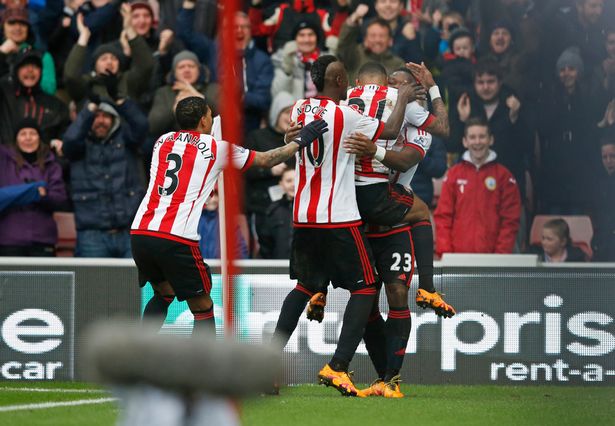 Anthony Martial’s strike just before half time wasn’t enough as a first Sunderand goal for Wahbi Khazri and an own goal from De Gea handed Sam Allardyce’s men a crucial win.

Sunderland took an early lead in the first half as recent signing Wahbi Khrazi scored directly from a free-kick on his home debut. The Tunisian’s curling free-kick deceived everyone and landed in the bottom corner to put the Black Cats ahead. Jermaine Defoe had a huge opportunity to double his sides lead but a miskick from 6 yards looked to be a costly one.

United then had a few chances with Darmian, who later went off with a dislocated shoulder, and Borthwick-Jackson supplying testing balls into the box but to no avail as Sunderland appeared to be rather comfortable. Manchester United managed to equalise before the break though as Martial tucked home a lovely finish, following a great save from Mannone. The ex-Arsenal goalkeeper did well to deny a powerful Mata strike, with the former Monaco striker first to the rebound!

Despite Manchester United controlling the game, Sunderland had plenty of chances to score. Jermaine Defoe had an effort well-blocked by Daley Blind before N’Doye’s low drive was saved. As things looked like they couldn’t get any worse for United, Lamine Kone’s header towards goal saw Anthony Martial’s attempted clearance ricochet off David De Gea’s back and go in. That goal summed up a dire performance from Louis Van Gaal’s side.