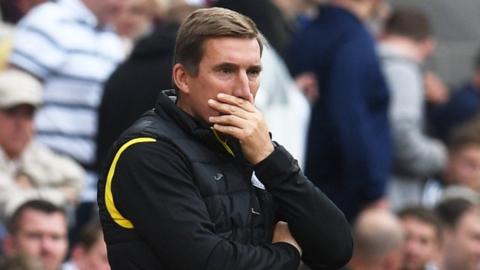 Alan Stubbs revealed how he masterminded Hibernian’s Scottish Cup final victory over Rangers in 2016, admitting he targeted James Tavernier due to his attacking nature. Stubbs said he “could exploit” the space behind the marauding right-back to work an opening, a tactic that worked on the day to great effect.

He told The Coaches’ Voice: “The main area we wanted to attack Rangers was down our left hand side, Rangers’ right. We utilised this by deploying Anthony Stokes, who liked to drift to the left naturally, on the left and pushing James Tavernier back the way. Tavernier was very good going forward but we felt defensively it was an area that we could exploit.

“That led to the first goal, after a bit of scrappy play in midfield, we caught Tavernier up the field. We managed to win the ball and to set Anthony Stokes off in the area highlighted. From that position Stokes has picked up the ball and he’s cut inside (and scored).”

Hibernian beat Rangers 3-2 at Hampden Park on May 21, 2016, ending a 114-year wait to win the Scottish Cup. Hibs took the lead three minutes into the game through Stokes, before Kenny Miller equalised before half a hour. In the second half, Andy Halliday put Rangers 2-1 up after the hour mark, but Hibs weren’t to be denied.

Stokes levelled the game in the 80th minute and David Gray sent Hibs fans wild with an injury time winner. Stubbs’ work had paid off and his side celebrated an unlikely victory. Tavernier won’t be pleased to find out he was targeted during the game, but he’s matured a lot in the years that followed and wears the captain’s armband now.

The Rangers right-back has gone on to make a total of 160 appearances, scoring and creating an incredible 81 goals. Normally, a defender being so threatening in the final third would be a negative for the opposing side, but Stubbs turned it into a positive for Hibs.