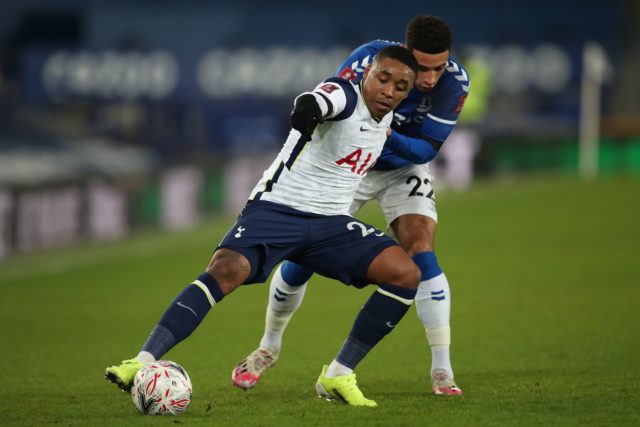 Norwich City sporting director Stuart Webber has revealed that he didn’t want to sell Ben Godfrey to Everton, but it was an offer they couldn’t refuse.

The 23-year-old joined the Toffees during the summer transfer window for a reported fee of £25 million.

Webber was speaking about Norwich’s transfer model where he suggested that the likes of Emiliano Buendia, Todd Cantwell and Max Aarons – players constantly being linked with a move away from Carrow Road – could be sold in the near future but only at the right price and the right time.

He revealed in an interview with The Athletic that Daniel Farke didn’t want to sell Godfrey during the summer transfer window. However, when the offer arrived from Everton and knowing Carlo Ancelotti wanted him, the club didn’t stand in his way.

“I sat with Ben and I really didn’t want him to go last summer, nor did (head coach) Daniel Farke, obviously, but it was Everton – it was one of the best managers in the world (Carlo Ancelotti),” said Webber.

“It’s a club trying to get back to where they were as a big club at the top end of English football. You get to the point of thinking, ‘How can we actually stop this lad?’

“If we had, it’s not only the effect on Ben and those around him, it’s the effect on the rest of the dressing room who go, ‘Wow, they turned down X for you to go there? That means they’ll probably do that to me.’ It can cause ill-feeling.”

Godfrey has been simply superb for Everton this season, and he is receiving loads of praise from pundits, his teammates and his manager.

He has managed 13 starts in the Premier League thus far and has showcased his versatility in recent games by playing as a left-back in the absence of Lucas Digne.

Godfrey was outstanding against Leeds United where he played as a centre-back. After the match, Rio Ferdinand claimed that he is a top-tier U23 defender in Europe.

Ancelotti, who has coached some of the world’s best defenders in his illustrious managerial career, has suggested that Godfrey has the potential to be a world-class defender in the future.