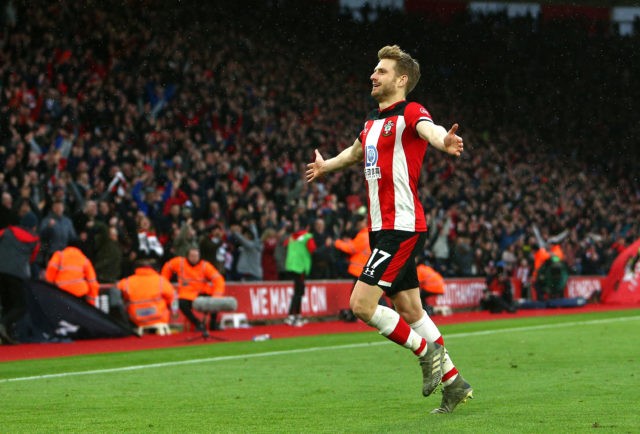 Southampton midfielder Stuart Armstrong has admitted that the decision to leave Celtic Park was ‘tough’ for him.

The 28-year-old joined the Bhoys in the January transfer window of 2015 and quickly established himself as a key player for the club.

He scored 28 goals in 144 games before leaving the Hoops to join Southampton for a reported fee of £7 million.

Armstrong has admitted that leaving the iconic Scottish club was a tough decision but that doesn’t mean he’s lost his love for Celtic. He wanted to achieve his dream of playing in the biggest league, and as a result, made the move to Southampton.

The midfielder has revealed that players across Europe have spoken highly about their experiences of playing at Celtic Park. Celtic have a passionate fan base and they are known for creating a great atmosphere inside the stadium.

“It was very exciting but I don’t think I realised just how big the club is, what it means to fans, the passion, the noise of the stadium,” said Armstrong to the Daily Record.

“I’ve got friends who play for European clubs who say the atmosphere at Celtic Park is still the best they’ve experienced.

“The decision to leave was a tough one but if I didn’t pursue my dream to reach the Premier League then I’d have regretted it.”

Armstrong has done well at Southampton, although it’s too early to call it a big success.

Last season, he scored four goals in 32 appearances in all competitions. He has been impressive this season, managing three goals in 25 games thus far.

Armstrong was an important player for the Bhoys during his time at Glasgow, but he has struggled to find the net on a regular basis at St Mary’s.