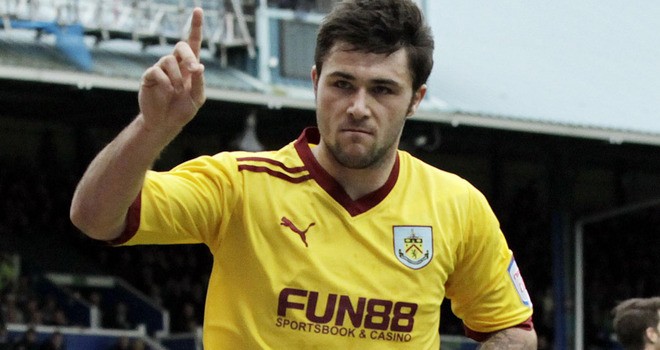 Burnley striker Charlie Austin again faces emerging rumours of Premier League interest in his services. This summer has seen a number of sides linked, with Hull reported to have run the race to sign him, but Stoke have hijacked the deal and are now potential favourites to procure his signature.

Sunderland and Aston Villa had previously shown interest in Burnley’s top goalscorer, but a deal fail to materialise. He is held in high-regard for a number of English Championship and Premier League sides, and a move does look likely in the coming weeks.

The 23-year old scored 25 goals in 37 league games for Burney this season, and has been considering a fresh challenge for the 2013/14 league campaign. The lure to play in the Premier League is something that interests Austin, and with his current side languishing in mid-table obscurity in the Championship, the striker may have to seek pastures anew to meet his ambitions.

Burnley have slapped a £5 million price tag on the highly-rated Englishman – who is yet to represent England at senior level.

Signing for Burnley in 2011, Austin has scored 45 goals in 90 appearances. He has previously played for Swindon Town, Poole Town, Hungerford Town, and Kintbury Rangers – scoring a total of 178 goals in 277 career games.