Liverpool kick off the brand new Premier League 2015-16 campaign away to Stoke City on Sunday afternoon at the Britannia Stadium.

Last time, when the two sides met in May, Stoke City humiliated Liverpool 6-1 in Steven Gerrard’s final Premier League game for the Reds. The result, Liverpool’s heaviest league defeat in 52 years, could have cost Brendan Rodgers his job, given the disappointing slide and resulting in the club dropping out of the top four.

Fenway Sports Group have backed Rodgers with cash, again, as a result, Liverpool have been busy in the transfer window. Nathaniel Clyne is an upgrade at right back from the departing Glen Johnson, Christian Benteke should bring a new dimension to the Liverpool’s attack, James Milner brings his wealth of experience, and Roberto Firmino could be the creative heartbeat for his side alongside his compatriot Philippe Coutinho.

Stoke City have also made some exciting signings. Glen Johnson has joined in the summer after leaving Liverpool, while great things are expected from the Dutch duo Affelay and Van Ginkel (joined on loan from Chelsea). 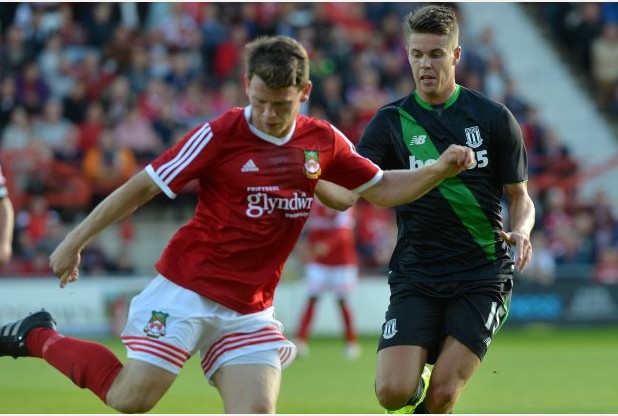 Bojan Krkic has resumed training and he could be an option on Sunday. Skipper Ryan Shawcross will undergo back surgery and has been sidelined until October. Marko Arnautovic is also a doubt with a thigh problem. Summer signings Johnson and Joselu could make their league debuts for the Potters.

Rodgers insisted that Daniel Sturridge & Jon Flanagan are both progressing well on the injury front, but they won’t be available for selection before September at the earliest. Joe Allen picked up a hamstring problem in the pre-season and has been sidelined for four weeks. New signings James Milner and Christian Benteke all set to make the league debut on Sunday.

1 – Stoke city vs Liverpool Fixture: This will be the first time teams have met in back-to-back Premier League fixtures at the same venue (BBC Sport)

5 – Liverpool haven’t won in their last five away games.

21 – Roberto Firmino’s assists over the last two seasons. More than any other Brazilian playing in top five European leagues.