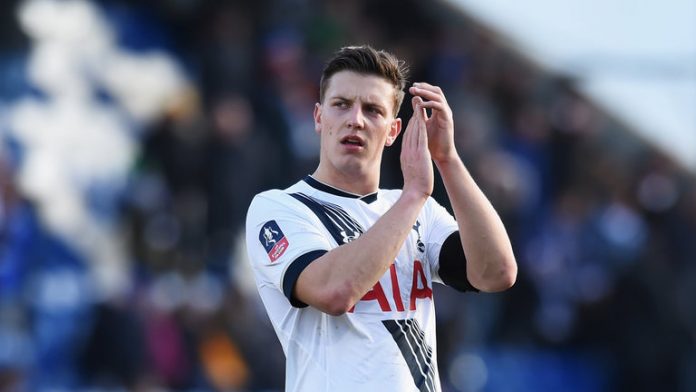 Stoke City have jumped to the head of the queue to sign Tottenham defender Kevin Wimmer.

West Brom and Crystal Palace have also been linked with the Austrian international, but the Telegraph says Stoke have lodged a £15 million bid for the player.

Davinson Sanchez’s arrival from Ajax earlier this week pushed Wimmer further down the pecking order and the 24-year-old is said to be keen on a move away.

West Brom’s interest in signing Wimmer had cooled, with manager Tony Pulis prioritising signings in other areas of his squad.

Stoke have already signed Bruno Martins Indi and Kurt Zouma to boost their defence for the 2017/18 campaign and Wimmer’s addition would give manager Mark Hughes plenty of options.

Wimmer has made just 31 appearances for Spurs since joining the club for £4.3 million from FC Koln in May 2015. He previously played 73 games for the German side, helping the club to the Bundesliga 2 title in 2013/14.

Hughes has also been pondering moves for Bruges defender Bjorn Engels and Wolfsburg midfielder Joshua Guilavogui, although his interest in both players has been put on the backburner for now.

Stoke travel to face West Brom in the Premier League on Sunday.