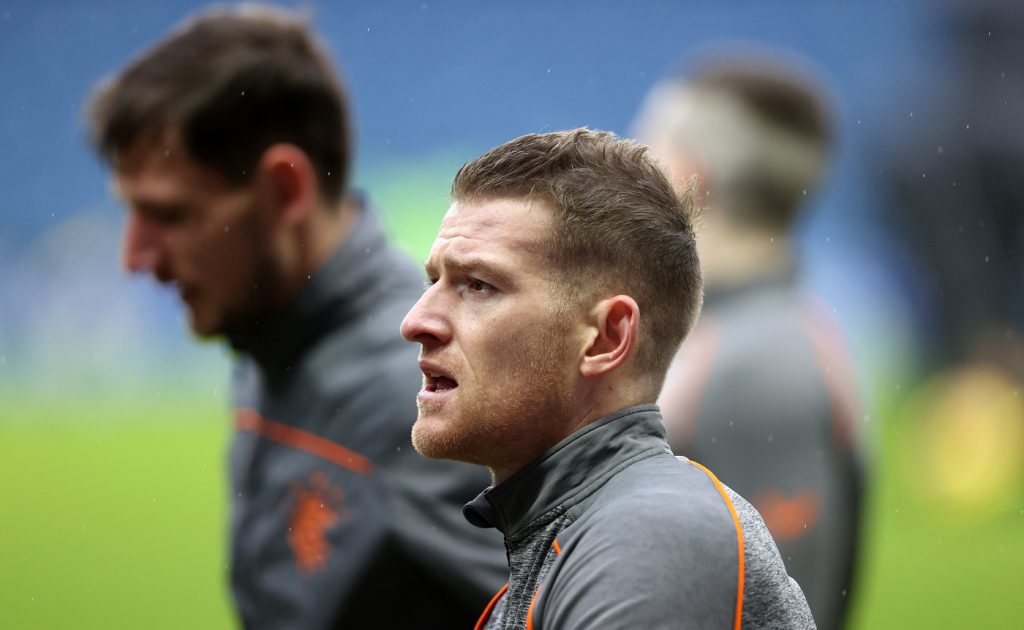 Rangers took another step closer to the Scottish Premiership title with a 1-0 win over Kilmarnock last night.

The 36-year-old has been quite useful for the Gers since his return to Ibrox in 2019 and he put on another dominant display at the centre of the park for his side last night.

Davis not only helped out his side creatively but his defensive contribution was crucial to Rangers’ narrow win.

The hard-working midfielder was excellent in possession and also helped his side win the ball back with his pressing.

The Northern Ireland midfielder is in the twilight of his career but he continues to produce mature and consistent performances for his side and Gerrard is hoping to hold on to him beyond this season.

Davis will be a free agent in the summer and the Ibrox outfit are eager to convince him to extend his deal for another year.

His experience, quality and leadership skills could be quite useful for Rangers next season and the fans will certainly hope that the club can convince him to stay.

Rangers are now just four wins away from winning the League title.

Speaking about Davis’ performance, the Rangers manager said to the Scottish Sun: “He is vital to the team, a real big player for us. His consistency levels have been outstanding.

“I hope when I sit down and have the one to one with him that he is still as enthusiastic to carry on beyond the end of the season. I still think he has loads to offer.

“We are lucky to have him and he was outstanding again today. He is really pushing himself in the running for player of the year for me, without a shadow of a doubt.

“We have said to a lot of the players and their representation that there will be a time to sit down and talk.

“I think we are at a really important stage of the season, a really exciting part, and all the focus needs to be on the games and the results.

“When we get the right opportunity we will sit down, have a discussion and be respectful to what he wants and where he sees his career.

“My advice to him would be play as long as you can – because that is probably one small regret I have. That I did not play on a bit longer.”