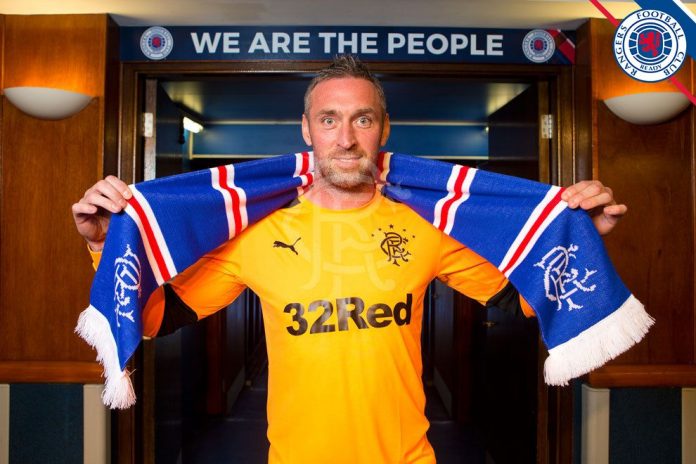 Rangers goalkeeper Allan McGregor continued his excellent form in goal for Scotland during the international break.

The Gers star pulled off a vital late save during the 3-2 win over Israel on Tuesday’s Nations League encounter, ensuring the country qualified for the Euros 2020 playoff rounds.

McGregor has been excellent for both club and country since returning to Ibrox from Hull City during the summer, and he has become the undisputed starter for both sides due to his superb form.

Light Blues manager Steven Gerrard is far from surprised with the heroics of the 36-year-old against Israel, and he believes he is the best in the land and that he is also capable of playing beyond the two-year contract he signed.

“What a fantastic save — it was world-class. Not many keepers would have been able to make that save in that type of game. It didn’t come as a surprise because I’ve seen it on many occasions so far this season and over the years. That’s the reason why he’s the best keeper in Scotland, in my opinion,” Gerrard told The Scottish Sun.

“His form hasn’t surprised me and neither has his influence. Allan’s got a very important part to play over the next few weeks before the winter break but also beyond that until the end of the season.

“And if he keeps doing what he’s doing, there’s no reason why he can’t carry on past his present contract.”

McGregor has been in goal 11 times out of 12 Scottish Premiership games this term, and is one of the reasons Rangers are flying high on both domestic and continental scenes.

At 36, he is not getting younger anymore, but he isn’t showing any signs of slowing down just yet and it won’t come as a surprise if he’s handed a contract extension at the end of this season or the next one.

Gerrard is obviously happy with McGregor’s contributions and influence, and any manager will definitely want to hold on to such player for as long as possible.