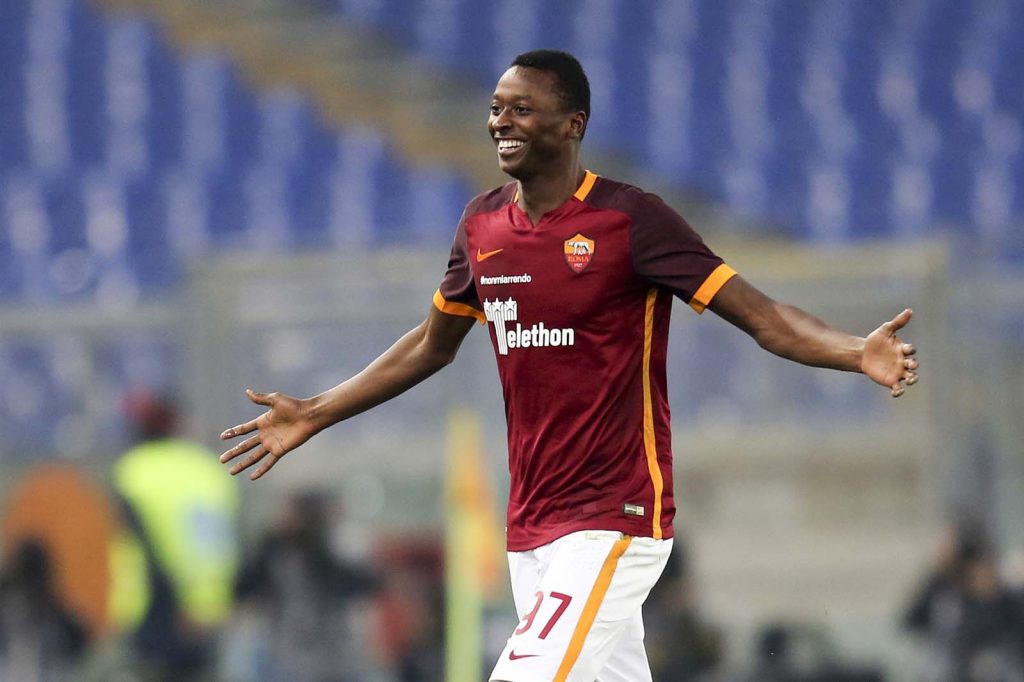 Rangers are interested in signing the AS Roma striker Umar Sadiq this summer.

Steven Gerrard is keen on improving his attacking options and he has identified the Nigerian forward as a target.

As per the reports, the highly talented 6ft 2in striker could complete a season-long loan move to Ibrox within the next 24 hours.

Rangers manager Steven Gerrard has also confirmed that he is a fan of the striker and that he would improve the side a lot.

He said: “We’re fans of Umar Sadiq, we do like the player. Sadiq would bring us a forward option — height, power and presence. He’s a player who works too hard, believe it or not. He does tons and tons of running. He’s very enthusiastic. We’ve got an interest, but at the moment Sadiq is still a Roma player. It’s ongoing. We’ll have to see how that one materialises, but he’s someone we like.”

Sadiq is very highly rated at Roma but he is not ready to start for them just yet. He needs to play week in week out in order to continue his development and a loan move is ideal for him at this stage of his career.

The young striker was on loan at NAC Breda during the second half of last season.

Rangers have been very active in the transfer market so far this season and Gerrard has already signed the likes of Allan McGregor, Nikola Katic, Connor Goldson, Scott Arfield and Ovie Ejaria so far.