Liverpool’s difficult start to the 2014-15 season continued as the Reds were outplayed by Swiss side FC Basel in Champions Legaue last night. Marco Streller’s 52nd minute winner at the St Jakob Stadium was the difference between the two sides as the Reds were comprehensively outplayed.

Liverpool will now have to overcome reigning Champions League winners Real Madrid to keep alive their chances of progressing through the group stages. 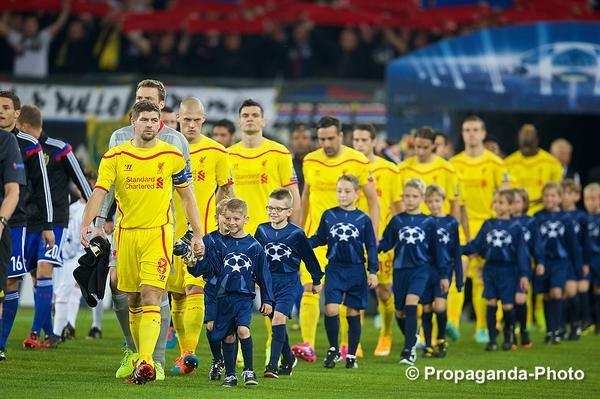 Captain Steven Gerrard was visibly frustrated after the final whistle and blasted his side for being too timid over the course of 90 minutes. “We were too soft all over the pitch and I think they wanted it more all over the pitch, which is hard to say, but is the truth,” Gerrard said.

Liverpool’s defensive frailties were once again exposed as they failed to keep a clean sheet, conceding from a set piece. Gerrard added, “We cannot keep defending like that from set-pieces we made it easy for them. We came here wanting to win and expecting to win and it is disappointing. It is not good enough.”

The Anfield side have three points in their kitty from 2 games after needing an injury time penalty to beat Ludogorets on Match day One. Mario Balotelli looked lively up front but his movement simply not good enough. Daniel Sturridge’s absence was once again felt up front while Raheem Sterling looked off colour. The 19 year old had a chance to restore parity but lost his balance after being sent clear by Adam Lallana.

Phillipe Coutinho too wasn’t quite his usual self on the night while the entire defensive back four was stretched on numerous occasions. Manager Brendan Rodgers has a job on his hands, his team looking a shadow of the ruthless outfit from last season.

Rodgers however underlined Liverpool’s ambitions to qualify from the group stages “It was always going to be a group that would go right to the end and we’re under no illusions about the task. The next two games are very tough but our objective is still to get through to the knock-out stages. We will have a real positive mindset in the next two games and, hopefully, we will still qualify.”

Real Madrid at Anfield on 22nd October now promises to throw some key answers. Can the Reds live up to the expectations of the vociferous home faithful?