Steve Nicol claims Manchester United are a ‘concern’ for Liverpool 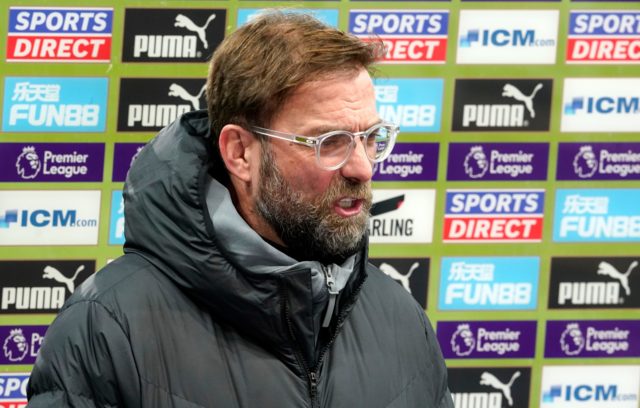 Liverpool club legend Steve Nicol has claimed that the Reds fans must be concerned with the rise of Manchester United following the latest round of results.

Since Liverpool’s thumping 7-0 victory against Crystal Palace, they have dropped points against West Bromwich Albion and Newcastle United in their previous two games.

Manchester United, on the other hand, looked flat against Wolves on Tuesday night but did just enough to pick up all three points.

As a result, they trail the Champions by just three points, with a game in hand.

Nicol said to ESPN that Liverpool fans must be ‘concerned‘ with Manchester United at the moment because they are picking up points without always catching the eye.

“You look at Liverpool’s result today, and Man Utd’s result yesterday, the performance from one team that dominated the game today, should have won very very comfortably but yet end up with no point and then you’ve got a team in United coming up on the rails who pretty much didn’t deserve,” said Nicol to ESPN.

“There’s no way they deserve to win this game but they end up winning and getting three points. So that has to be a concern.

“At the end of the day, Liverpool and Jurgen Klopp will be looking at themselves, try not to look elsewhere, and just get the job done. But you have to be concerned with United because regardless of how they play right now they’re getting victories.”

This is indeed a crazy season where top sides are dropping points easily, and this makes it an open title race. The likes of Tottenham, Manchester City and Chelsea can come back strongly in the race if they can go on a winning run.

Manchester United are unbeaten in their last nine Premier League games, although they haven’t always been dominant on the pitch. If they can bring in one or two good players in January, they can have a real shot at the title.

Having said that, Liverpool are still favourites to retain the title, irrespective of their injury issues. With players like Thiago Alcantara, James Milner, Xherdan Shaqiri and Alex Oxlade-Chamberlain back to fitness, Jurgen Klopp will have more options to chose from.

The Reds are top of the table, but they still have got loads of work to do. Nicol is right that they need to focus on themselves. The away form is a concern at the moment, and they need to improve that record. Plus, signing a top defender could be a priority, especially with Joel Matip out injured.