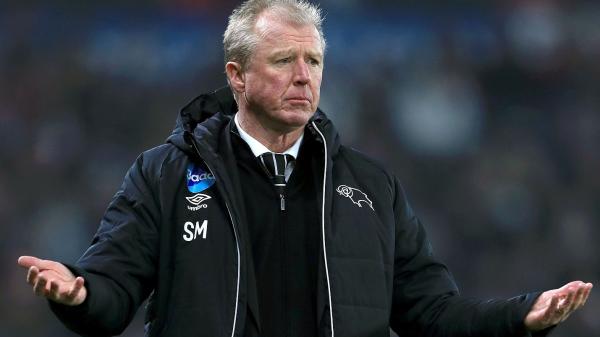 Derby County have confirmed that they have parted ways with Steve McClaren after just five months in charge. McClaren was in his second spell at the club.

Mel Morris, Derby’s chairman, was unhappy with the recent run of results that led to the sacking of McClaren. The Rams have gone through a run of seven defeats in 13 league games, and have fallen from sixth spot to ten points outside the play-off places.

McClaren is the third manager to leave Derby in just over a year, the other two being Paul Clement and Nigel Pearson. The chairman said that Derby’s humiliating 3-0 defeat to Brighton and Hove Albion was the final straw for McClaren.

Morris said, as quoted by The Times:

Steve is a great coach, we have very talented players and first-class facilities but the heartbeat, commitment, focus and passion has been lacking.

The Brighton game on Friday was so far from what we expect to see from those wearing a Derby County shirt. We need a manager who shares our values and who is prepared to develop the team, staff and processes that will set us on course for a sustainable place in the Premier League.

Derby fans took to social media platform, Twitter, to express their views on the matter. Many of them feel that the incompetency of the board members should be questioned as well. Judging by the tweets, it is evident that the fans are frustrated with how the club is being run at the moment.

Gary Rowett, the former manager of Birmingham City, is a contender for the vacant position at Derby. However, he is also being linked with the vacant post at Norwich City as well.

Take a look at some of the tweets from fans and journalists:

Steve McClaren is a good No 2.

Morris told McClaren on return his job was to keep #DCFC safe for the season.. He did it.. Players are poison at this football club #DCFC

The players are the problem, NOT Steve McClaren. #dcfc

Feel bit sorry for Steve McClaren, #Derby were 20th when he took over with just 10 pts from opening 11 games (scored only 6 goals). #dcfc

Sources close to McClaren say he’s “extremely disappointed”, and remit he had was to take #dcfc out of trouble – he feels he’s done that.