21st November 2007 was the night that English football experienced one of its biggest ever wakeup call as a miserable dreary wet night at Wembley saw the English National Team humbled by Slaven Blic and his Croatian side as they ripped away a nation’s hope of qualifying for The European Championships the following summer.

Many fingers were pointed as to who and what was the cause for such a shambolic qualification campaign that saw damaging defeats to the likes of Russia and Croatia as well as uninspiring performances by the English players who could only salvage a 0-0 draw in Israel’s second city of Tel Aviv.

As the rain pelted down under the flood lights of the iconic Wembley stadium as did the criticism on the head coach Steve McClaren who could only look on in horror as a proud football nation was about to succumb to one of its bleakest ever periods.

McClaren took up the national job after working as an apprentice to the then England manager Sven Goran Eriksson. The former number two to the great Sir Alex Ferguson relinquished his role as manager of Middlesbrough to take the national job after amazingly steering them to their first ever European final where they were ultimately beaten in Eindhoven by Spanish outfit Sevilla in the UEFA Cup final. A monumental achievement nevertheless by McClaren to guide the Teesider’s to one of footballs most spectacle dates. 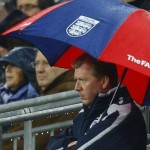 Sven Goran Eriksson stepped down as England coach after the 2006 World Cup and passed on the baton to his prodigy McClaren who then infamously dropped David Beckham from his first England squad. This was seen as a sign of intent by the new gaffer that changes were fore coming for a brighter future for the national side by revolutionising the new English talent. McClaren was never taken to by the English press following a damaging defeat in Croatia that ultimately saw the national team sink towards a downward spiral that fatefully  cost them their dreams of a summer festival in Austria and Switzerland in 2008.

McClaren was released from his duties the day after the 3-2 defeat at Wembley by Croatia and wasn’t seen in a football dugout until the summer of 2008 as modest Eredivisie side FC Twente appointed him their new head coach on the 20th June.

It was amazing how well McClaren had adapted to his new life in Holland as he seemed to be reborn as a manager and his new found optimism certainly rubbed  off on his players as they had a terrific first campaign under his leadership where they finished runners up in the league behind eventual champions AZ Alkmaar . As for the campaign that followed, it is something made of fairytales for McClaren who was made out as public enemy number one on the English isles.

FC Twente had never won the domestic league championship, except in 1926 when they played under the name of “Sportclub Enschede.” McClaren has now delivered that dream. The man who has been involved in so much success as a number two with Manchester United is now experiencing the joys and emotions that his mentor Sir Alex Ferguson endures as the main man of a football club. Twente made history this past Sunday as they beat NAC Breda 2-0 to capture their first ever league title by finishing a point ahead of Dutch giants Ajax .

McClaren was embraced by his peers on the sidelines as the referee brought the game to a close. The 48 year old Yorkshire man becoming the first English manager to win a major European league championship since the late great Sir Bobby Robson, who managed the feat with FC Porto of Portugal in 1996. The Reds (Twente) have only lost two games from their 34 played in the league this season and won all but one of their home games.

It is a truly astonishing achievement not only for the club but for McClaren himself who has managed to rebuild his reputation from the scrap heap and is now being touted as a successor for some of Europe’s finest clubs. The former England boss knows himself knows just how far he has come since that fateful night in London three years ago.

“It’s a reward for everything my family and I have been through.” Said McClaren.

“ I always said that you need failures in life to get stronger. And if I brought anything here, it was a strength of mentality.”

It is a fine testament to a man who clearly has plenty of managerial ability and is now finally able to show it after a disastrous reign as national team boss. McClaren may admit himself that the England role was a job too big for him but he is now showing his credentials on the continent by making history with his club and has certainly regained the respect from those on English shores.