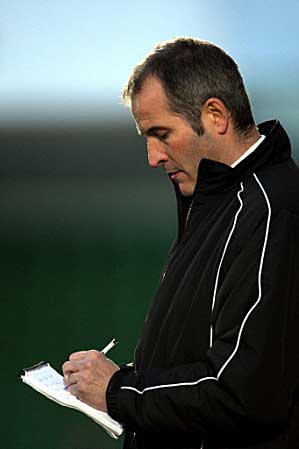 Wolves legend Steve Bull has urged his former club’s players to not show any respect to Manchester City in terms of performance.

The home side are massive underdogs heading into the clash. Meanwhile, City are high on confidence after having convincingly won their first two League matches.

Pep Guardiola’s men started off the 2018/19 season on a high by recording a 2-0 victory over Arsenal and they followed it up with the thrashing Huddersfield Town 6-1 last Sunday.

Wolves will be heading into the clash on the back of a 2-0 loss against Leicester City. Their opening game of the season was a 2-2 draw with Everton.

Although Wolves are not expected to win the game, upsets are a part of football. If City get their basics wrong during the game, it could be possible for Nuno’s side to get points.

Speaking to the media ahead of the clash, Bull advised the current Wolves players to stand up to Pep Guardiola’s side.

He told The Express and Star: “We are two similar sides if you know what I mean. I know they have that bit of extra quality, with massive names in their side, but we can stand up to them. I think the only reason that we will get a good thumping is if we give them too much respect. If we take the game to them, I can see us getting something out of the game.”