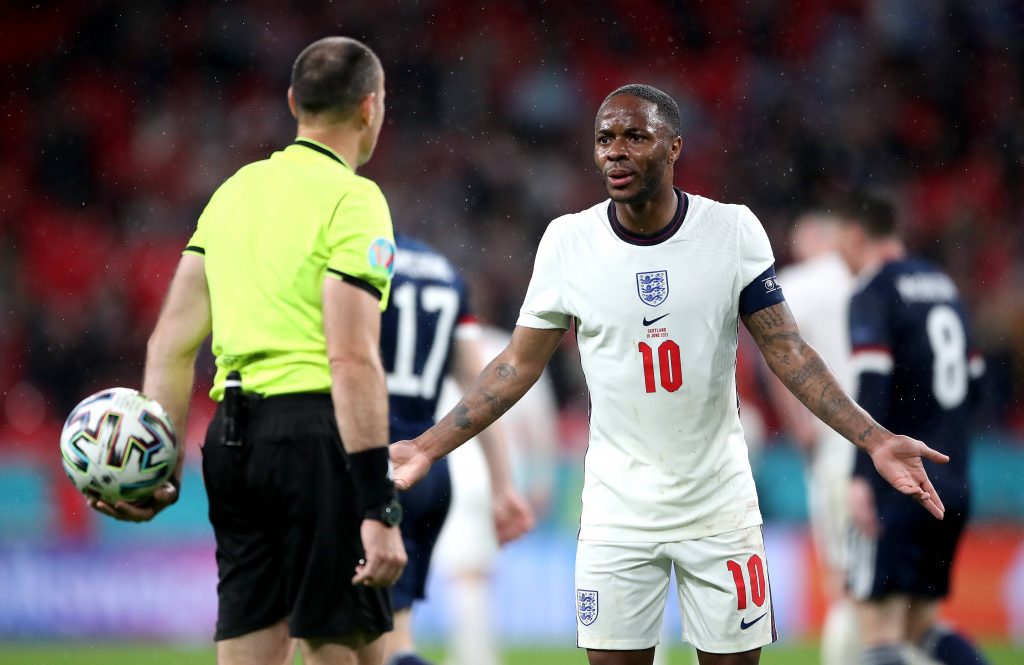 Raheem Sterling is unhappy about his lack of playing time at Manchester City, according to Sky Sports.

Due to inconsistent form, the 26-year-old often found himself on the bench for City’s games towards the end of last season.

This included missing out on starting in the quarter-finals and semi-finals of the Champions League.

Sterling has since been one of the best performing players for England at the European Championships.

He helped the Three Lions secure a vital win over Croatia last week as he scored the winning goal.

There is no doubt that there will be plenty of interest for Sterling if City decide to part company with the forward.

He is a proven match-winner in the Premier League and is one of the most potent attackers in world football when he is in form.

Sterling is yet to reach the peak of his career, making him an attractive acquisition to clubs across Europe’s top five leagues.

City could potentially use Sterling as an exchange player in their ongoing pursuit of Tottenham Hotspur’s Harry Kane.

The Englishman has reportedly asked Spurs to allow him to leave this summer as he looks to find a club where he can win major silverware.

Kane could replace City legend Sergio Aguero while Sterling could help to reinforce Spurs’ attack if the England captain departs.

Sterling has also been linked to Arsenal in recent weeks, but a move to either north London is unlikely to appeal with neither club able to offer Champions League football.